At my Brother's suggestion, a laughter tonic for the day : the B.B.C's ' Porridge '. 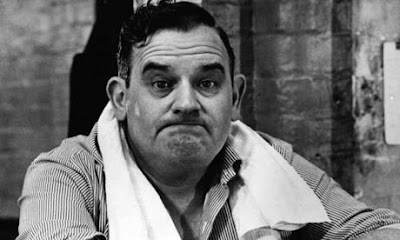 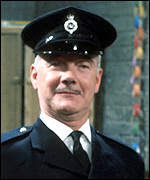 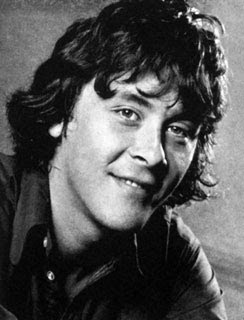 My Brother tells me I should "lighten up my blog" and to do that, I turn to the B.B.C. Comedy Series from the 1970's called ' Porridge'.

Written by Dick Clement and Ian La Frenais, it starred Ronnie Barker and Richard Beckinsale as two inmates at the fictional Slade Prison in Cumberland.

'Doing porridge' is another phrase for 'imprisonment', porridge being once the traditional breakfast in U.K. prisons. As important in the Series,, as 'Fletcher' and 'Godber', was the prison officer Mr Mackay, played by Fulton Mackay.

Here are some quotes from the brilliant La Frenais - Clement dynamic.

* Fletcher has lost a tin of pineapple chunks:
Fletch: "I don't quite know how to put this, gentlemen, but there is a thief among us".

* The M.O. has finished Fletch's medical, and points to some urine specimen containers over on a table.
MO: "Now I want you to fill one of those containers for me".
Fletch: "What, from 'ere?"

* Fletch: " A lot of famous people were born out of wedlock you know. All those royals in history, Lawrence of Arabia, Napper Wainwright ..."
McLaren: "Who's Napper Wainwright?"
Fletch: "He was a screw I knew in Brixton - mind you, he WAS a bastard!"

* Warren: "I've got this letter, like."
Fletch: "From a woman, it looks like, and, judging by the handwriting and stationery, a woman of low standards."
Warren: "That's right! It's from the wife!"

* Godber: "I'm only in here due to tragic circumstances."
Fletch: "Which were?"
Godber: "I got caught."

* Officer Barrowclough: " I'm Scots on my mother's side, well, a bit of everything really. Scots, Irish, Polish ..."
Fletch: "Got about a bit, your mother."

*Fletch: " Who's been having your old lady while you've been on nights?"
Officer Collinson: "Oh, that 'is' original, Fletcher. I've been getting that for the last seven years."
Fletch: "So's she an' all!"

Sadly, all the stars of the show are now dead :