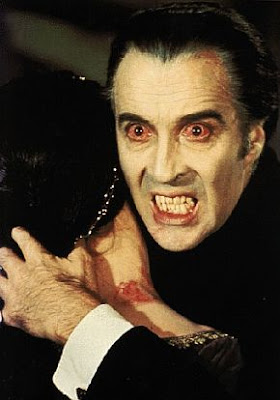 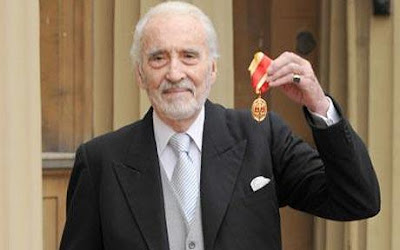 Christopher Lee who is 87 and has appeared in more than 250 film and TV productions, has been 'knighted' by Prince Charles in recognition of his 'services to drama and to charity'.

Sir Christopher said that he "would always be grateful to Hammer", the low budget studio with which he made his name in a string of horror roles in the 1950's and 1960's.

How tame these 'horror' films appear today, in comparison to 2009 horror films which excel in torture, blood and gore in the most graphic way.

Lee hales from a gentler age.

In 2007 a Dutch media tycoon, John de Mol, bought the Hammer Film Production Company and announced plans to breathe new life into the brand, targeting a 'new generation of horror lovers'. This was more than 30 years after it produced its last horror film.

Sir Christopher will appear in new Hammer movie, 'The Resident', which is due for release next year and stars Oscar-winning actress Hilary Swank.

I hope this isn't a mistake.