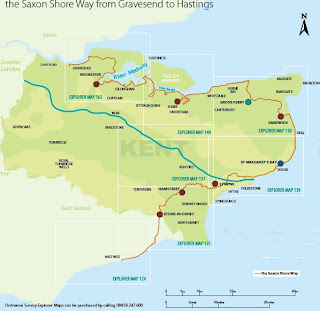 I'm walking the ancient path called 'The Saxon Shore Way'. It follows the line of what was, in the post Roman Britain of 1500 years ago, the shoreline which was open to attacks from the Saxons who crossed the North Sea and carried out raiding parties on the coast of Kent and Sussex.

As a walk for old men, it has the twin virtue of both being 'safe' and being free from screaming kids. On top of that, it also has interest and beauty.

My walking companion is my friend D.B. and we are doing it bit by bit. In fact, we have now walked the distance of about 100 kilometres, on 14 separate occasions, in all seasons, since 2003. When we walked on Friday I thought the end was in sight and the port of Sandwich was our last destination, but D.B. informed me that we were only half way there and the end of the walk was at Hastings which, based on our present progress, means that we shall finish in 7 years time when I am 70, after having started as a sprightly 56 year old.

Friday's walk took us along part of the Kent shore of the Wantsum Channel which 1500 years ago separated Kent from the Isle of Thanet.

The photos I took indicate the peace and quiet and 'Englishness' of the landscape :
. 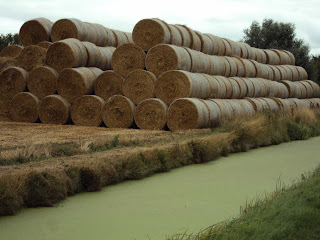 Bales of silage after the harvest and ready for winter animal feed. 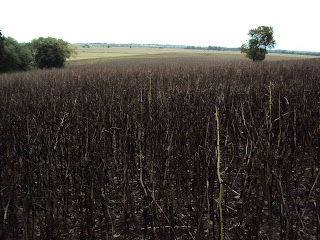 Rape seed ready for harvest to be crushed into oil. 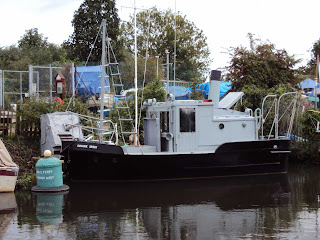 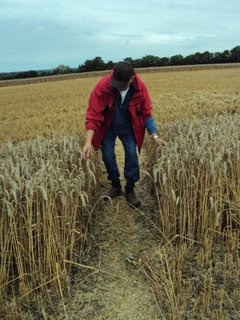 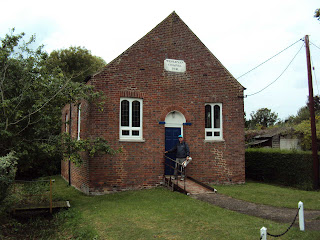 The Saxon Shore path through the wheat, the 'Spirit of Dunkirk' little boat on the River Stour which no doubt evacuated soldiers from the Dunkirk beaches at the start of The Second World War in 1940 and the 1841 Methodist Chapel.

P.S.
Testimony to an old man's mistake in misjudging a muddy track for a firm track: 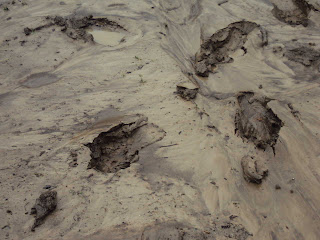 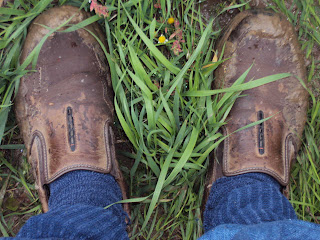 Labels: Walk along the Saxon Shore