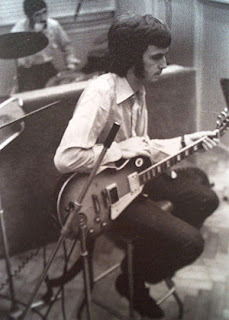 Seeing the You Tube clip of Eric Clapton playing 'Brothers In Arms' with Mark Knopfler at the 'Tribute to Nelson Mandela' Concert in 1985, reminded that I had seen him playing with 'John Mayall and the Bluesbreakers' at the 'Summer Hop' at the University of Sussex in the mid 1960's, where I was studying for my history degree.

I can't remember much about his playing, but I do remember that he had 'mutton chop' sideburns and was very much taken by the female 'Jay Twins', the daughters of the then Government Minister, Douglas Jay, who was running the Board of Trade.

At the age of 65, Eric, like me has joined a new band called 'Old Men of Britain'.

Things you probably didn't know about Eric, he :

* was born in Surrey, the son of 16-year-old Patricia Clapton and a Canadian soldier who shipped off to war prior to Eric's birth and then returned to Canada.

* grew up with his grandmother and her husband believing they were his parents and that his mother was his older sister.

* received an acoustic guitar, for his 13th birthday and on finding learning the steel-stringed instrument very difficult, nearly gave up.

* left school in 1961, studied at the Kingston College of Art and was dismissed at the end of the year because his focus remained on music rather than art.

* started performing in the pubs around Surrey and when he was 17 joined his first band called 'The Roosters'.

* joined 'John Mayall & the Bluesbreakers', in 1965 and with them his playing established his name as 'the best blues guitarist on the club circuit'. 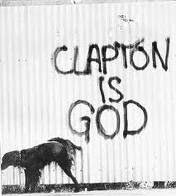 * was deified him with the famous slogan, 'Clapton is God' spray-painted by an admirer on a wall in an Islington Underground station in 1967.

* left the Bluesbreakers in 1966 and formed 'Cream', one of the earliest supergroups with Jack Bruce and Ginger Baker and began to develop as a singer, songwriter and guitarist.
Strange Brew : http://www.youtube.com/watch?v=hftgytmgQgE 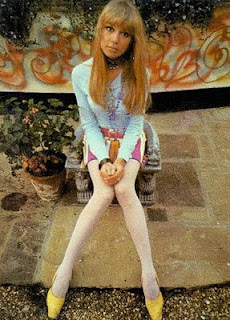 * formed 'Derek and the Dominos' in 1970 and had a massive hit with 'Layla' inspired by a Persian story called 'Layla and Majnun', whose tale of a young man who fell hopelessly in love with a beautiful, unavailable woman, reflected his infatuation with George Harrison's wife, Pattie Boyd.
http://www.youtube.com/watch?v=UY4KGsotXPQ

* fought heroine and then alcohol addictions in the 1970's.

* courted controversy by making remarks from the stage in 1967, supporting the politician Enoch Powell's efforts to restrict immigration to the UK.

* performed with Tina Turner at Wembley Stadium in 1987.

* performed in the Tsunami Relief Concert held at the Millennium Stadium in Cardiff, in aid of the victims of the 2004 Indian Ocean earthquake. 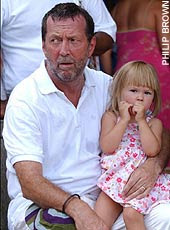 * in 2002 at 54, married a 23-year-old store clerk from Ohio, is the father of 3 daughters and in 2006 wrote the song 'Three Little Girls', about the contentment he has found in his family life at home with them.