Britain is a country where, in the city of Leicester, old men wage war against young criminals 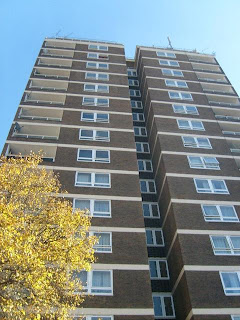 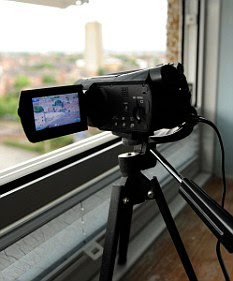 An article in 'The Daily Mail' newspaper was headlined :
On patrol with the the OAP vigilantes: The pensioners who are waging a high-tech war on yobs. *

It made the following points about a remarkable man who calls himself 'Albert Beher', who :

* is a pensioner living in a block of high-rise flats.

* has a telescope so powerful which, on cloudless summer nights such as these, offers a remarkably clear view of the moon's cratered surface.

* prefers to use it for a more practical purpose by rigging it up to a camcorder and computer screen and train it on the streets in his neighbourhood.

* is the leader of a small army of 11 pensioners, one in their 90s, who live nearby and also document the streets below with powerful cameras and jokingly refer to themselves as 'Neighbourhood Watch on steroids'.

* every so often, sees something that sets his heart racing and compels him to press the speed- dial button on his phone that calls 999.

* last Friday, saw a local teenage boy, who he knew had learning disabilities, being brutally attacked by a gang.

* said : "One of these lads hit him over the head with a wooden baton and the other was clawing at him with an afro comb, but people were just walking past ignoring it because they didn't want to get involved".

* about a gang of drug dealers, said : "I called the police immediately and I gave them a precise description of the attackers: information they could never have got from anyone else."

* along with other members of the, naturally secretive, 'St Peter's Neighbourhood Monitoring Group', has captured dozens of crimes and anti-social acts on camera such as :
- a youth running up behind an elderly man walking with a cane and aiming a flying kick at his spine
- litter louts
- graffiti artists
- muggers
- car thieves
- cocaine dealers
- a masked Somali gang sweeping through the streets brandishing sticks to frighten their Afro-Caribbean rivals in a drugs turf war

* hands the footage is to Leicestershire Constabulary, where a spokesman while conceding the images the group supplies sometimes provide useful intelligence, said there are 'concerns about the legality of outing alleged miscreants on the internet'.

* now lives in the area has fallen by more than a third since last year.

Crime statistics are per 1,000 of the population.

I've now read an article in 'The Sunday Times' newspaper which contradicts some points in the 'Daily Mail', now :

* Alfed 'Berer' is 27 and not a pensioner using a false name.

* he helped 10 women and not men, aged between 67 and 92, set up the ' St.Peter's Neighbourhood Monitoring Group'.