Britain is no country for either old men, young men or anyone not immune to the noise of loud car exhausts 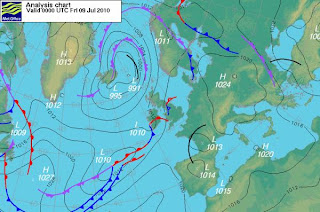 It's hot here at the moment. Last night we had the bedroom windows open to let some air in. 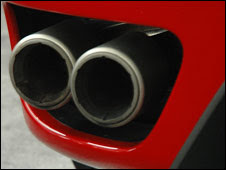 Unfortunately, the open windows also let the sound in when, at 2.00 am, a car driver with an incredibly loud exhaust decided to wake us up and no doubt thousands of other adults, children and babies in our neighbourhood.

He roared down the road and I could near him in the distance a mile or so away and then he decided to treat us to a reprise and returned down the same roads all over again.
http://il.youtube.com/watch?v=p-v9u0SBqYc

A little bit of research revealed that this is now a problem all over the U.K. A BBC article made the following points :

* Vehicle noise levels should be between a maximum of 82-89 decibels.
Sound measuring kits are being used to target anti-social drivers with booming hi-fi systems and modified exhausts.

* During the first trial in Newton Abbot, Devon, a driver was fined £30 when his car exhaust was making more than three times the acceptable level of noise. In other words, he was 'three times over the limit'.

* Police said drivers must be made aware of the impact their actions have on residents and the local community.

* Sgt Caboche, from Launceston's 'Roads Policing Centre' in Cornwall, said: "Continued offending will land anti-social drivers in court and these sound kits will assist officers by acting as additional, accurate support to an officer's opinion when giving evidence...Anti-social driving is consistently a cause of frustration within our communities."

What kind of country has Britain become, where police have to carry 'sound measuring kits' and more importantly, some drivers feel that they have a 'right' to inflict their outrageous noise on all and sundry ?

At 4.00 am I was awoken again, this time by the cheerful song of a blackbird taking part in the 'dawn chorus'. I didn't mind that. After all, he was only doing what he had to do and his ancestors had done for hundreds of thousands of years. He sang on and lulled me back to sleep.