Britain is a country which needs more and men like Christopher Irven who has that, now, rare quality of ' the Dunkirk Spirit' 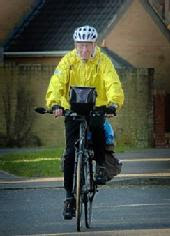 'Dunkirk Spirit' is defined as : 'Triumph in the face of adversity. backs-to-the-wall belligerence, Courage, especially a determination to endure hardship, when facing poor odds and possible disaster'.
It originates from the scenes on the 1940 Dunkirk beaches in France at the start of The Second World War. Here, over 300,000 British soldiers were encircled by a German Army.
The majority were brought back to Britain in naval ships and a flotilla of small boats in an exercise in what became known as, 'The Miracle of Dunkirk'. Britain fought on alone against Hitler's Germany until joined by the Russians and Americans, achieving victory after 6 long years in the greatest conflict the world has ever known.

Last week he made national news when climbing 10 metres from the sea up the rocky arch at Durdle Door in Dorset and after a bad jump into the water was given emergency oxygen on the beach, strapped to a stretcher and flown to hospital.

He later said : "I saw the chopper and I thought, this is damned stupid. Why can't they just let me lie here until I recover?"

A national debate followed about whether he:
either : 'represents the active, optimistic face of old age ?'
or is : 'the archetype of the old fool, happy to be bailed out of his selfish adventures by the emergency services and everybody else's taxes ?'

* as a boy after the Second World, was taken with his family to Kenya where his army father he had just begun a tour with 'The King's African Rifles'.

* returned to England and went to boarding school and although recommended to do a physics degree at Cambridge University, was unable to do so because his family did not have the money to support him.

* studied for a 'Master’s degree course' in weapons technology.

* served in Germany and saw active service in Borneo and the 'First Gulf War'.

* as a young captain, got married and had seven children.

* on leaving the Army moved to Dorset and got involved in the local Catholic parish, charity work and in teaching theology, higher mathematics and physics and domestic electrical wiring.

* while on holiday in Greece was hit by a truck while crossing the road, spent 2 in hospital and 2 months’ rehabilitation, during which he was found to have leukaemia contracted from chemical poisoning in the 'Gulf War'.

* once recovered, decided to take full control of his own health by cycling alone 2000 miles from Lands End to John O'Groats and back, sleeping rough.

* suffered a minor stroke 2 years ago, recovered and learnt to 'paraglide' in the French Alps.

* at the age of 72 he became the oldest man by 10 years to climb Mount Kenya.

* has written 3 books examining Christian theology in an approach ‘outside the box’ of traditional religious devotions.

* is a watercolour artist, loves classical music and is devoted to his wife and family which now numbers 20 grandchildren.

* has said : "When you stop striving, you cease to be human" and "I'm not afraid of catastrophe and I'm not afraid of risk. I think it's part of life. I did a bungee jump at the age of 64. I had to lie about my age to say I was younger because I wanted to do one. People say: "You shouldn't be doing that at your age." I say: "Why not? If I want to write a book or paint a picture or climb a mountain or cycle 2,000 miles or sleep in the snow, I don't see why I shouldn't. I don't believe in avoiding risk at all costs."