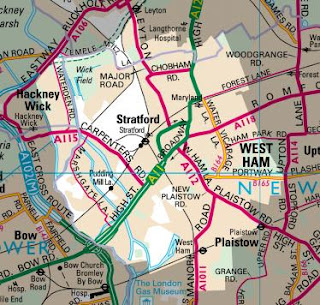 Things you probably didn't know about David, he :

* was born David Albert Cook in 'Plaistow' part of the County Borough of West Ham in London.

* was two years old when his parents moved to Canning Town where he grew up.

* attended 'Star Lane Primary School' where he loved playing football and did not answer any of the questions in the '11+' exam so that could attend 'Shipman County Secondary School', where he knew they played the game.

* was a member of 'West Ham United Juniors' and dreamed of one day being a professional player.

* became interested in music and played drums with a local band before becoming a singer.

* made his first record entitled 'And The Tears Came Tumblin' Down' in 1963 and then toured for 2 years in a band called 'David Essex and the Mood Indigo'.

* had his first major stage role as the lead in the stage musical, 'Godspell' in 1971 at the age of 23.
http://www.youtube.com/watch?v=0PrqIuchd0s

* appeared 2 years later as the star in the film 'That'll Be The Day' and recorded his only international hit single 'Rock On'.
Here he is with Ringo Starr in the film :