I've come across something called 'Old Git Lit'(Literature). I found it in an article in 'The Sunday Times' newspaper, last weekend, by Lois Rogers entitled :
'LIVE FAST BUT DIE OLD. A new study suggests the secret of a long life could be written in your DNA'.
She mentioned the Catholic writer Piers Paul Read, 69, as a 'pioneer of what has been termed 'old git lit''.

I checked out the dictionary definition of 'git'. Wikepedia told me :

'Git is a relatively mild slang term used in British English to denote a silly, incompetent, stupid, annoying, senile elderly or childish person. It is usually an insult, more severe than twit but less severe than a true obscenity like wanker or arsehole'.
Apparently, it cannot be used in the House of Commons where Mr Speaker has ruled it as :
'Unparliamentary language' or 'words or phrases that are deemed to be inappropriate for use in the House whilst it is in session. This includes, but is not limited to the suggestion of dishonesty or profanity. The most prohibited case is any suggestion that another member is dishonourable. So, for example, suggesting that another member is lying is forbidden'.

A bit of research revealed three books on the market. 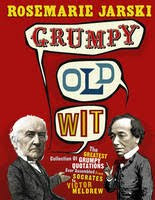 GRUMPY OLD WIT
THE GREATEST COLLECTION OF GRUMPY WIT EVER ASSEMBLED FROM SOCRATES TO MELDREW
By: Rosemarie Jarski 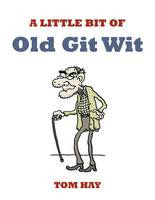 A LITTLE BIT OF OLD GIT WIT
By: Tom Hay

ARE YOU A MISERABLE OLD GIT?
By: Andrew John, Stephen Blake

So Britain is a country where old gits exist, but not in the 'House of Commons' where there have been some odd rulings about 'insulting language'. The late Labour MP, Tony Banks, escaped scot-free after likening Margaret Thatcher to "a sex-starved boa constrictor".
However, John Major, when Prime Minister, was ordered to withdraw his description of Tony Blair, then opposition leader, as "a dimwit" and a Labour MP, Martin O'Neill, was once called to order for describing a Tory frontbencher, Angela Browning, as "a second-rate Miss Marple" - about as tame an insult as you could imagine.

The word 'twerp' has a mixed heritage. One Speaker allowed it because he thought it was a 'technical term in the aviation industry'. However, the late Willie Hamilton was ordered to withdraw his remark that Prince Charles was "a young twerp".

MPs have been reprimanded, or even ejected from the chamber, over the years, for describing their colleagues as liars, cads, bounders and hypocrites.

Oddest of all was the objection by Speaker Bernard Weatherill to the seemingly innocent word 'poppycock'. MPs were mystified until they consulted their dictionaries to discover that in its original Dutch, the word has a particularly steamy and unpleasant connotation.
Wikepedia says :
'Poppycock – anglicized form of the Dutch 'pappekak', which literally means soft dung or diarrhoea (from Dutch pap pap + kak dung) and is an interjection meaning "nonsense" or "balderdash".
Now isn't that interesting.
Posted by ...............................JohnBoy at 00:04