An article in 'The Daily Mail' this week was entitled :
Just 50! The age a woman becomes 'invisible' to the opposite sex

It was written by a male reporter, who said : 'If life begins at 40, you’d better hurry up and enjoy it, ladies. For in another ten years you are likely to think all men are ignoring you.'
He then proceeded to make the following points, that :

* a survey of 1,246 British women, of whom 47% were over 50, carried out by the online retailer 'isme.com', echoed the views of feminist, Germaine Greer, in her book,'The Change' and her conclusion that 'sexual attractiveness', rather than 'experience' or 'brainpower', remains the major key which opens the door to success.

* the survey found that 8 out of 10 women over the age of 50 think that 'men no longer notice them.'

* the findings 'fly in the face of claims that turning 50 is 'quintastic', as represented by glamorous golden girls such as Michelle Pfeiffer and 'Sex And The City' star Kim Cattrall.'

* in addition, 7 out of 10 women, also feel 'overlooked' by the fashion industry and more than half of the over-50s felt that older women in adverts were portrayed unrealistically and often by much younger models. 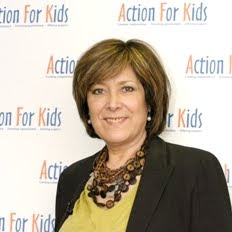 * the actress Lynda Bellingham, 62, best known for the Oxo television adverts, has said: "Reaching 50 really does change the way you’re regarded by society. You suddenly find yourself being passed over by everyone – employers, men and certainly fashion designers."

* in addition, three-quarters of women in their sixth decade 'believe they have lost their individual identity by being labelled as a ‘mum’.'

P.S.
I was reminded of the first posting I made on this blog in May 2009. It was entitled :
Invisible at a petrol station and I wrote :

When you get beyond 60 you become invisible. I went to my local petrol station, filled up and went in to pay.
The cashier said " Number ?". I mean, what happened to "please" ?
I barked back, " Ten".
While I was doing my card transaction, I became even more invisible because the cashier answered a call on her mobile.
" Yes, put the cat out and phone Gran. Yes. Yes.Yes. ".
I turned to the lady with graying hair behind me and said :
" I can't believe this, she's having a phone conversation while serving me."
She said :
" I know, it can be scary at times, but I try to blank my mind to it."
I said:
" Dare I say it, you must be from the same generation as me."
The cashier offered no thanks when I paid but I offered an exaggerated " Thankyou" and left.
http://britainisnocountryforoldmen.blogspot.com/2009/05/invisible-at-petrol-station.html
Posted by ...............................JohnBoy at 07:23