Britain is a country where young boys today will look back, when they are old men in the 2070's, and reflect on the poverty of their youth 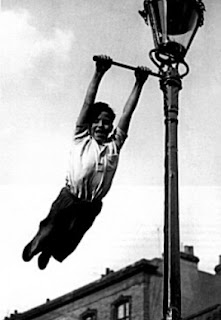 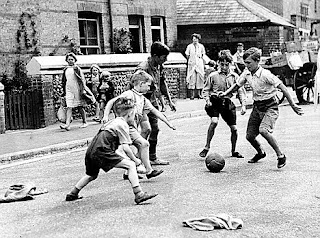 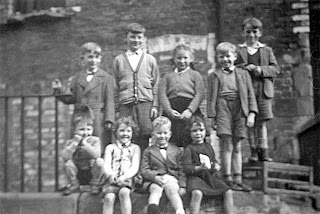 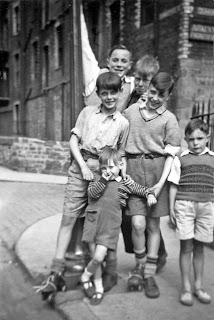 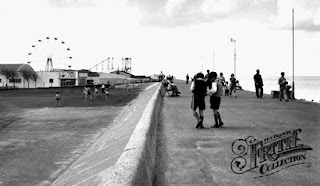 Photos of kids in the 'black and white' 1950's when the 'baby boomers' were growing up. The last one shows my friend D.B. on the sea front at Sheerness in Kent, he's the one one the right.


Kids playing in the streets :
http://www.youtube.com/watch?v=brT_-7ElGmU

* unemployment rising and a radical shake up of the welfare system seeing £18bn wiped from benefits, the number of children living without 'the basics' threatened rise unless action is taken.

* more than one in five children living in 'severe poverty' in 29 areas of the country with the highest proportion, 27%, in Manchester and the London Borough of Tower Hamlets and more than 20% of children experiencing severe poverty in Birmingham and Liverpool.

* the highest proportion of children living in severe poverty, 14% in Wales, followed by England with 13%, then Scotland and Northern Ireland which have 9% each.

* an expert says : "Children up and down the country are going to sleep at night in homes with no heating, without eating a proper meal and without proper school uniforms to put on in the morning. No child should be born without a chance. It is a national scandal that 1.6 million children are growing up in severe poverty."

The points above were based on an article in 'The Guardian' on 23rd February 2011 entitled :
Penury for 1.6million children is a national disgrace, says Charity.

The Charity in question is 'Save the Children'.

A Government survey defines 'severe poverty' as a household with 50% the 'average income' and for a family of 4 this would be annual income of less than £12,500,'material deprivation' and an inability to pay for repairs to appliances or afford insurance.

The Charity said it was concerned that the Government has proposed switching focus from 'traditional anti-poverty measures, based on income', to 'improving children's life chances'. Ministers have defended the controversial move, saying they are treating the 'causes' of disadvantage not its 'symptoms'.

I'm not sure what 'improving children's life chances' means.

Save the Children said: 'You cannot ignore incomes when tackling child poverty.'
and is calling on the Chancellor, George Osborne, to announce an emergency plan in the next budget to create new jobs in the poorest areas and increase financial support for low-income families.

What a sad country, Britain, the once 'care-free' country of my youth, has become : 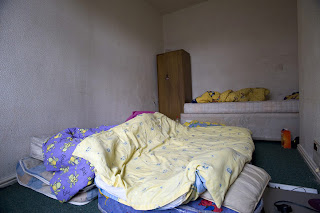 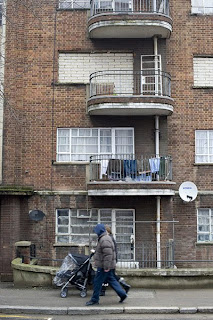 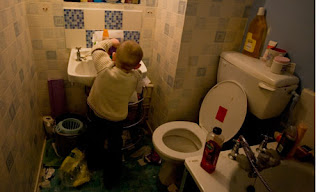