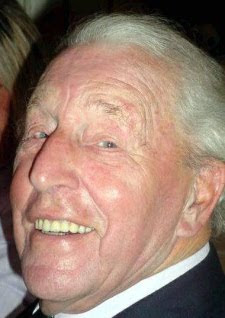 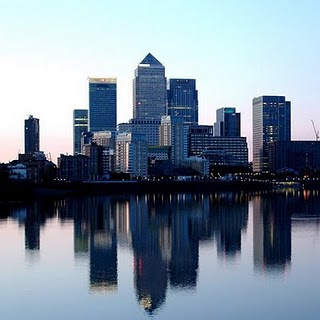 Reg Ward, the City of London planner behind the redevelopment of London's Docklands in the 1980's, has died aged 83.

Reg was the first Chief Executive of the 'London Docklands Development Corporation', set up by the Thatcher Government to regenerate the area in East London once occupied by the Capital's defunct docks.

Reg led the massive enterprise which bulldozed sections of the Isle of Dogs, installed basic infrastructure and created the basis for the 'Toronto-on-Thames' which stands in and around Canary Wharf today.

When I was a boy growing up in Deptford on the south bank of the River Thames in the 1950's, the great London docks were still in operation. In fact, my Uncle Charlie was a docker. I remember him as a small sprightly man, a classic docker who used his head to work out how to move massive loads and his quick feet to move out of the way when they moved or fell to the ground.

Margaret Thatcher's Government, disenchanted with local government and soon to abolish the Greater London Council, set up the LDDC in 1981 as a no-nonsense solution to the problems of London Docklands. A business-led board was appointed, with Reg as its Chief Executive and he started building new infrastructure, notably a red-brick road into the Isle of Dogs and the first section of the Docklands Light Railway.

Reg was born in Lydbrook in the Forest of Dean, the son of a miner who, after grammar school, went to Manchester University, where he studied medieval history, fine art and architecture. After graduating he joined the Inland Revenue then worked in local government before he stepped into his controversial role at LDDC.

The force and dynamism shown by Reg was necessary to drive through the process of overriding local opposition to the Docklands project. Posters erected by the Development Corporation proclaiming messages such as :
'Canary Wharf. It will feel like Venice and work like New York', were hardly designed to appeal to the East End's close-knit, working-class community.

Canary Wharf in 2011 does have elements of both Venice and New York, although, as was argued by opponents in the early LDDC days, it has provided far more highly paid jobs for people from outside East London, than for those living in the East End itself.

Despite the criticisms however, Canary Wharf's Towers are so much a part of the London skyline that television news uses them as a backdrop to stories about global banking and Reg's 'political management skills' paved the way for an intervention in the British capital's urban form which was recognised worldwide.

P.S.
From 'The Wasteland' by T.S.Eliot in 1922,complete with the sound of the ship's horn :
The river sweats
Oil and tar
The barges drift
With the turning tide
Red sails
Wide
To leeward, swing on the heavy spar.
The barges wash
Drifting logs
Down Greenwich reach
Past the Isle of Dogs.
Weialala leia
Wallala leialala