Britain is no country for the old and poor 'baby boomers' who are about to retire. 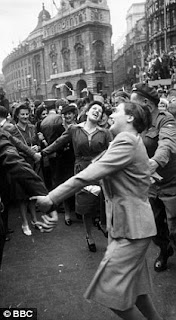 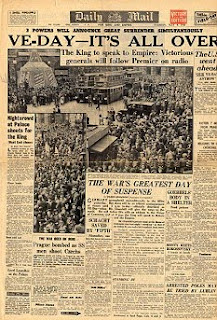 Happy BB day! The baby boom generation is 65 as the first were born nine months after VE Day

* Londoners celebrated 'VE Day', marking the end of 'The Second World War' in Europe, on May 8, 1945 and babies conceived on that day and born 9 months later who were the first of the 'baby boomers' are the older citizens who are 65 on this very day.

* for many, their 65th birthday will herald retirement from work and they will enjoy generous pensions and own property bought decades ago which has since soared in value.

* Steve Groves, the Chief Executive of 'Retirement Experts Partnership' has said: "They form part of a golden generation, many of whom have been fortunate enough to reap benefits that younger generations will not."

* on average, a 65-year-old man can expect to live for another 18 years and a woman nearly 21 years.

* many ‘babyboomers’, however, will be left facing a bleak future due to their troubled personal finances with no savings, no occupational pension but a large mortgage and other debts.

* many will celebrate their 65th birthday but will not retire and will continue to work due to financial pressure.

* at the moment an 'all-time high' of 1 in 8 men over the age of 65 is still working and the number is guaranteed to keep on growing.

* last year, according to research by the accountants 'RSM Tenon', 5,623 people over the age of 65 were either declared bankrupt or opted for an alternative type of insolvency and this was an 18% increase on the previous year and a far bigger rise than other age groups, where numbers typically fell last year.

P.S.
This old baby boomer at the coast at Swalecliffe in Kent in the summer of 1949 : 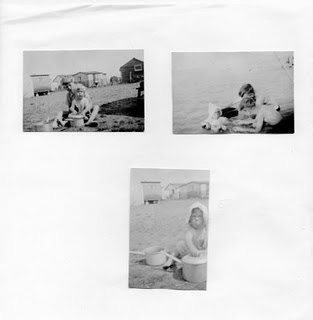