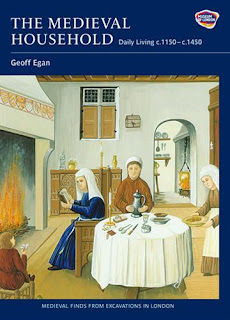 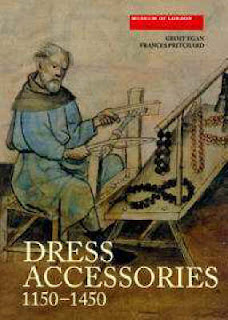 Geoff Egan, the archaeologist, who has died at the age of 59 was the leading British expert in 'medieval and later' small finds and pioneered liaison between archaeologists and the 'mudlarks' who search for finds on the Thames foreshore.
His obituary in the Guardian was entitled :
Geoff Egan, Archaeologist, who brought the mudlarks in from the cold.

Digging in thick mud against the tide, 'mudlarks' have retrieved a trove of metal artefacts left by generations of Londoners on the riverbanks. They were once shunned by professional archaeologists, who deplored their 'unscientific' methods. Many of them, however, developed great expertise and Geoff himself had been a mudlark before he became a 'professional' archaeologist.

What I didn't know about Geoff was that he :

* published 'Toys, Trifles and Trinkets', a pioneering work which studied a class of artefact, children's metal toys made between about 1200 and 1800, which had not been recognised by archaeologists before the mudlarks' discoveries brought significant numbers to light.

* as the specialist in 'Medieval and later non-ceramic finds' in the Museum of London, produced the series 'Medieval Finds from Excavations in London' and the books, 'The Medieval Household' and 'Dress Accessories'.

* was born in Wembley, London, educated in Harrow County School and Cambridge University where he studied archaeology and anthropology.

* started working for 'The Museum of London' in 1976 and stayed there for the next 34years, becoming a 'Fieldwork Director' and then a 'Finds Specialist'.

* in the month before he died, had spoken at an 'archaeological colloquium' in Lübeck, Germany and a 'metal detecting club' in Blackpool.

* had infectious enthusiasm and when ITN television proposed to make a series of programmes called 'Mud Men' on finds from the Thames foreshore, the mudlarks urged the company to engage Geoff's services for as far as they were concerned, he was their 'god'.

* gained great pleasure from 'The Company of Arts Scholars, Collectors and Dealers', one of the newest of the City of London guilds where he served as its 'Master' in 2009-10.

* joined members of his Guild who exercised their right as 'Freemen of the City of London' to drive a flock of sheep across London Bridge, although I can't see him in this clip :
http://www.youtube.com/watch?v=Nr1r2LEjQcw

* was greatly loved by his peers and built up many friends in European and American museums. 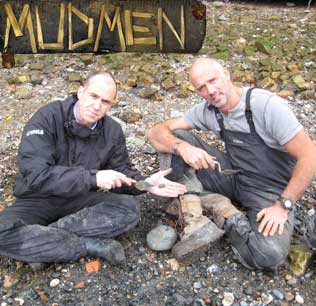