Britain, already no country for old men today will be less of one for more and more very old men in the future

An article in the 'Guardian' yesterday announced :

More than a third of babies born in 2012 will live to 100, report predicts

Apparently, a baby boy born this year has a 32% chance of reaching the age of 100.

This, however, is not unalloyed good news. David Sinclair, 'Head of Policy and Research at the International Longevity Centre UK', warned that for many, the future may mean social isolation as they outlive friends and members of their families, physical isolation as they are trapped in unsuitable housing and poor health. 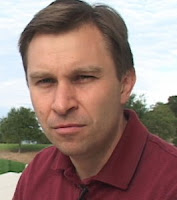 "It is of course good news that so many more people are living longer, but there is a big 'but'. In many ways today's centenarians are unrepresentative. They are people who have escaped cancer, heart attack and stroke and so they are actually healthier than many people younger than them. Now that we are getting so much better at keeping people alive, that will no longer be the case. We will be older, but in worse health, and at high risk of living alone in unsuitable accommodation.

"The other problem is that we are very poor at forward planning, as politicians and individuals. We deal with the problems that are under our noses, but even problems two or three years away seem quite distant enough to put off. When you're talking about forecasts for a time half a century away and more, I see no evidence that we are putting in place the measures to deal with it."

Oh dear, that doesn't sound very appealing for old men in the future but better news for the Post Second World War Babyboomers born, like me, in 1947,. Only 10% of us will make it to 100, but we'll be healthier than those old men to come.

Peter Ustinov as an old man surviving into the future in the 1976 film, 'Logan's Run' :
http://www.youtube.com/watch?v=sax6J8n1AiE

P.S.
An earlier post about old men in the future  :

Labels: Old men living to 100 in the future