An article in 'The Telegraph' today was entitled :

Forty years after being photographed for the album 'The Rise and Fall of Ziggy Stardust', David Bowie’s alter ego is to have a plaque dedicated to him.


A plaque to mark the spot where 'Ziggy Stardust' was born has been unveiled by former Spandau Ballet star, Gary Kemp. Back in 1972 when David Bowie and I were both young men of 25, the late photographer, Brian Ward, was shooting pictures of David's band in a makeshift photographic studio above Heddon Street and persuaded him to step outside. The other band members thought it was too cold and declined to join him for the picture.
So it was here, that a jumpsuit-besuited, orange haired Bowie, with platform boots and a guitar slung over his shoulder was photographed outside on a wet January night with his foot resting on a step outside number 23.
Bowie's androgynous personae ,'Ziggy Stardust', was about to be at the forefront of a vibrant 1970's glam rock scene and the picture made both Bowie and Heddon Street famous. 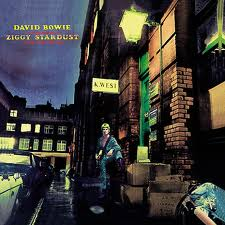 What you possibly didn't know about David before he became Ziggy, that :

* he was born David Jones in Brixton, London, in January 1947 where his mother worked as a cinema usherette, while his father was a promotions officer for the childrens chaity 'Barnados'.
* at the age of 6, moved to the suburb of Bromley, where at junior school his voice was considered 'adequate', his recorder playing 'above-average' and his dancing, by the age of 9, strikingly imaginative, his interpretations 'vividly artistic' and his poise 'astonishing'.

* had his interest in music further stimulated when his father brought home a collection of American 45's by 'Frankie Lymon and The Teenagers',http://www.youtube.com/watch?v=q96ylFiQK_I 'The Platters', Fats Domino, Elvis Presley and Little Richard.

* took up the ukele and tea chest base, started to play in skiffle sessions with friends, play the piano and make stage presentation of numbers by Elvis and Chuck Berry, complete with 'gyrations' at his local Wolf Club, described as "mesmerizing ... like someone from another planet."

* was introduced to modern jazz by his half brother and his enthusiasm for Charles Mingus and John Coltrane led his mother to give him a plastic saxophone when he was 14 in 1961, had lessons from a local musician, formed his first band, 'The Konrads' at the age of 15, who played at local youth gatherings and weddings.

*  left school at the age of 16 and despite the fact that, when he told his parents his intention to become a 'pop star' and his mother promptly arranged for him to work as an electrician's mate, stuck to his musical ambition and renamed himself 'Bowie' after the 19th century American frontiersman Jim Bowie.

* saw  his 1967 solo single, 'The Laughing Gnome' and his album debut, an amalgam of pop, psychedelia and music hall fail to achieve success then  met and came the influence dancer Lindsay Kemp, studied the dramatic arts from avant-garde theatre and mime to commedia dell'arte and worked on the creation of personae to present to the world.

* in the next 5 years, made his first commercial breakthrough with 'Space Oddity',
http://www.youtube.com/watch?v=ssnxo4lNp8w released to coincide with the first moon landing, then his album, 'The Man Who Sold the World' in 1970, with heavy rock sound a marked departure from the acoustic guitar and folk rock style.

* dressed in a striking costume, his hair dyed red, launched his Ziggy Stardust stage show with the Spiders from Mars at the Toby Jug pub in Tolworth in  February 1972, hugely popular,  he toured Britain over the course of the next six months and was catapulted to stardom.
http://www.youtube.com/watch?v=G8sdsW93ThQ&ob=av3n 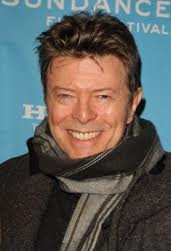 P.S.
What you possibly didn't know about Ziggy Stardust, that  : 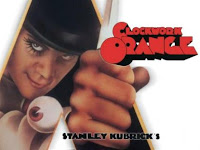 *  he was created by David with the help of his wife Angela and the clothes, hair, and makeup were inspired by the Malcom McDowell character in 'A Clockwork Orange' and on William Burroughs book 'Wild Boys'.
* his posturing on stage was based on an imitation of the American singer Gene Vincent, who had injured his leg in a 1960 car accident which killed Eddie Cochran and in concert wore a leg brace and stood with his injured leg behind him.

*  he was David's way of dealing with the mental health issues which plagued his family and adopted so that he wouldn't go crazy : "One puts oneself through such psychological damage in trying to avoid the threat of insanity. As long as I could put those psychological excesses into my music and into my work, I could always be throwing it off."