The quality of care old people receive in 'care homes' is often poor so it comes as no surpise to find that the quality of care received by old peple in their own homes is also poor as revealed by an article in 'The Gaudian' on Friday s entitled :

Standard of care provided to elderly in their homes has been described as disgraceful in report by consumer group 'Which?'

Which? asked a group of 30 old people and their carers to keep diaries over the course of a week in January detailing their experiences of home care, also known as 'domiciliary care', by paid workers.


* One old woman was left alone in the dark for hours unable to find food or drink, another was left without a walking frame, leaving her unable to get to the bathroom and one old man whose son said: "There are times when Dad, who is diabetic, hasn't had his insulin on time and it's vital medication. When I voiced my concerns to the care agency I was just told to find another agency."

The  Executive Director of 'Which?', Richard Lloyd, said:
"The Government can no longer claim to be shocked as report after report highlights the pitiful state of care for older people. If they are serious about ensuring vulnerable people are treated with dignity, then we must see real action because every day they delay is another day older people risk being neglected."

The Chief Executive of the 'Care Quality Commission', Cynthia Bower, said:
"Homecare is one of the most difficult areas of care to monitor because it is delivered behind closed doors which is why, starting next month, CQC will be carrying out a themed inspection programme of 250 providers of domiciliary care services. We will be focusing on dignity and respect."

The 'Age UK' Charity Director General, Michelle Mitchell, said:
"While many careworkers work hard to provide compassionate care, the underfunding of the social care system is resulting in a serious reduction of domiciliary care, which can put both the health and dignity of older people at risk. Good homecare must begin and end with the needs of individuals rather than focusing on a tick box of tasks to be completed within a set time." 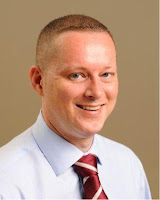 A spokesman for the UK Homecare Association, Colin Angel, said the report highlighted :
"the disturbing consequences of the commissioning of homecare by local councils. To meet the current stringent public sector spending cuts councils are making significant attempts to reduce the price they pay for care. Homecare agencies repeatedly tell us that councils also allow less time for care to increasingly frail and elderly people. This raises serious questions about the ability of people to receive dignified, effective care, a situation which must be addressed nationally."

The Minister for Care  Services, Paul Burstow, has said:
"We are funding work to put in place the first ever training standards for care assistants to raise the bar on quality.The best councils are arranging care that concentrates on delivering the outcomes people have a right to expect. Kindness, compassion, dignity and respect must be central to care, whoever provides it and wherever it is provided."

Old men of Britain say : " Thanks Paul. Those of us receiving care at home, like this old chap, can rest easy now, knowing that all will be well".