Britain is no country for old men in hospital with dementia

Over the past three years, Professor John Gladman and colleagues at Nottingham University have carried out interviews with 60 doctors, nurses and other staff at the Queen’s Medical Centre and Nottingham City Hospital. He said that in relation to treating patients with dementia :

*  "Some people said they had never had any training at all. People said they knew the causes of dementia, they could tell you microscopic changes that happen to patients, but they didn’t know what to do. They sort of make it up as they go along".

*  " The only people who said they were confident had not had training but had experience elsewhere – worked in a care home or looked after their own parents or grandparents."


He believes the problems they identified exist across the National Health Service and  although increasing numbers of patients going to hospital would have dementia in the future because of the UK’s ageing population, the NHS "hasn’t really got to grips with the problem" and "the system isn’t prepared for the job it’s got to do." He also said that figures show half of patients in hospital over the age of 70 have dementia and half of those who fracture their hip have the illness.

In addition, researchers also recorded how patients were being looked after on wards and saw :

* on one occasion, an old man man : ‘He is agitated and frightened, crying with tears down his face. Not one member of staff offers any comfort or reassurance. The staff nurse tuts and reprimands him for losing more weight.’

*  a young woman whose grandmother was in hospital, who said: "We were told by the doctor that people with dementia don’t feel pain as much as somebody who hasn’t got dementia."


What a sad country Britain has become. 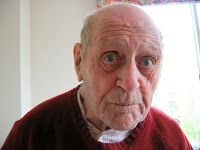