* was born in The Second World War in the Amman Valley in Wales, where his mother, a primary school teacher brought him up to speak only welsh and his English born father was a coal miner and later said :
" I couldn't talk to my father until I was seven. 'English' was something I learned at school."

* went to grammar school ( in the photo bottom row far left ), discovered a talent for playing the viola, left school to study music at Goldsmith's College, University of London and then went to New York where he took part in an 18 hour piano playing marathon. 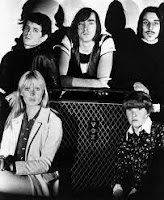 * played in 'The Dream Syndicate', then co-founded 'The Velvet Underground' with Lou Reed in 1965 ( seen on the right in the photo) and left in '68, partly as a result of 'creative disagreements' with Lou.


* started his career as a record producer and his fourth solo record in 1973, 'Paris 1919', was cited by critics as one of his best and then moved back to Britain in the mid '70's.
Paris 1919
http://www.youtube.com/watch?v=_3ueIweuUvo&feature=BF&list=MLGxdCwVVULXc9knIMP-EqofBVmngBld7D&index=3

She makes me so unsure of myself,
Standing there but never talking sense.
Just a visitor you see,
So much wanting to be seen.
She'd open up the door and vaguely carry us away,
It's the customary thing to say or do,
To a disappointed proud man in his grief,
And on Fridays she'd be there,
And on Wednesday not at all,
Just casually appearing from the clock across the hall.
You're a ghost la la la.
You're a ghost.
I'm in the church and I've come,
To claim you with my iron drum.
la la la la la la,

Efficiency efficiency they say,
Get to know the date and tell the time of day.
As the crowds begin complaining,
How the Beaujolais is raining,
Down on darkened meetings on the Champs.

* took a long break from recording and performing, then made a comeback in 1989 with vocal and orchestral settings of poems by fellow Welshman, Dylan Thomas, most notably :
"Do Not Go Gentle Into That Good Night." :
http://www.youtube.com/watch?v=maISWZ8Tpsc&feature=BF&list=MLGxdCwVVULXc9knIMP-EqofBVmngBld7D&index=25 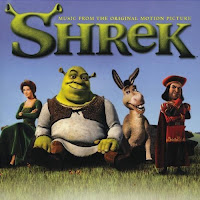 * in 1991contributed one song, 'Hallelujah', to the tribute album to Leonard Cohen and saw the song later feature in the motion picture, 'Shrek'.

* represented Wales at the 2009 'Venice Biennale' and in the same year after a history of life with drugs, said in an interview with the BBC, that "the strongest drug" he now takes is herbal tea.