Peter is 87 years old today and although he has lived in France since the 1970's is, nevertheless, remembered by old men for his films which they saw, like me, as young men in the 1960's.

What you possibly didn't know about Peter was that he was born in London, the son of Simon and his wife Ida, two Jewish immigrants from Latvia.


* was fascinated by theatre and films from an early age, directed a four-hour production of 'Hamlet' on a toy stage at the age of 7,  began a degree in English literature and foreign languages at Magdalen College, Oxford in 1942 where he founded the Oxford University Film Society.

* had a meteoric rise in theatre and film and directed the following :

*   'Dr Faustus', his first production, at the age of 18 in 1943 at the Torch Theatre in London then went to Stratford-upon-Avon at the age of 20 as 'Assistant Director'.

* 'Salome' by Stauss as Director of Productions at the Royal Opera House, Convent Garden, at the age of 20 in 1949 with sets by Salvadore Dali which was savaged by the critics and closed after only six performances with him saying : "The critics all decided that Dali and I were only out to annoy them. There, at least, I might claim that they underestimated us; if that have been our intention I think that between us we might have done much worse." 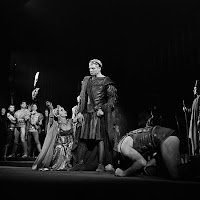 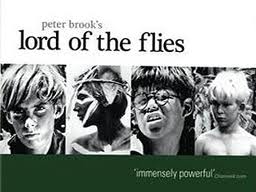 *  the film adaption of William Golding's 'Lord of the Flies' in 1961.
http://www.youtube.com/watch?v=GbhRssQtaT4


*  Peter Weiss’s sensational play, 'Marat/Sade' in 1964, with its unconventional style and staging which shocked the theatre world, won him international fame and then gained further renown directing the 1967 film version.
http://www.youtube.com/watch?v=D1JQ0jc92sk

* 'A Midsummer Night’s Dream' in 1970 at Stratford, which became one of the most famous Shakespeare productions of the twentieth century. With this impressive and original production, Brook bid his farewell not only to the RSC but also to Britain.

Peter said "farewell" to Britain in 1970 and moved to France where he set up the 'International Centre for Theatre Research' and put together a company of actors from different parts of the world with very different cultural backgrounds, methods of training and approaches to performance. As innovative as ever, in 1972 he took them on an 8500-mile trek around Africa, experimenting with different types of stories and methods of performance to groups of people in remote areas.

P.S. I met Paul Scofield's son, who taught at the Univesity of Kent, many years ago at a dinner party in Whitstable and he was the spitting image of his father.