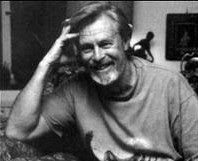 Richard Carpenter, actor and children's tv writer known for 'Catweazle', 'Robin of Sherwood' and 'The Borrowers'  has died at the age of  82.

What you  possibly didn't know about George, that he :
*  was born in King's Lynn, Norfolk, showed an interest in Greek mythology and Shakespeare as a child, left school, studied at an art school in Cambridge, then did national service in the army, where he earned the nickname 'Kip'.

* won a scholarship to the 'Old Vic Theatre School', London, worked with repertory companies across the country in 1954 and then appeared in children's television serials , ' The Silver Sword' in 1957 and in 1958 in 'The Lost King' and as the abbot in 'The Black Arrow', based on Robert Louis Stevenson's novel about the War of the Roses.

* started acting in peak-time series, taking the roles of the writer turned private eye's assistant, Peter Parker, in the crime drama 'Knight Errant' in 1959-60 and Dr Philip Hope in 'The Citadel' in 1960-61.

* played in the film 'HMS Defiant' as a ship's officer, on the left, alongside Dirk Bogarde in 1962 and other one-off roles on tv and in film and in 1969, after a year in the London West End play, 'Wait Until Dark''.

*   tired of acting, submitted and achieved television success in 1970 with the script of  'Catweazle' , a dishevelled, eccentric, 11th-century magician who becomes an outsider, transported to the 20th century, befriended a farmer's son, 'Carrot', who unravelled for him modern-day mysteries such as 'electrickery' and the 'telling-bone'.
http://www.youtube.com/watch?v=J1ho8di4ywQ

* in the second series, had Catweazle searching for symbols of the 13 signs of the Magic Zodiac and being taken in by another boy, 'Cedric' at his parents' country estate and said later : "I've always been interested in the person who is outside society. In a sense, that is the hero, the heroic figure is the man who takes on the world alone."

* in 1972, became the lead writer in the sunday-teatime tv series, 'The Adventures of Black Beauty', which like Catweazle, became required family viewing.

* created 'The Ghosts of Motley Hall'  in 1976, about phantoms, outsiders living in an ancestral home, an idea based on his recollection of seeing a ghost while staying at theatrical digs in Liverpool and with characters conforming to his formula of writing about loners, in this case, those he described as "out of the mainstream existence".
http://www.youtube.com/watch?v=49k1QNMyUrI
* while making 'The Adventures of Black Beauty',  formed a friendship with its producer, Sidney Cole and executive producer, Paul Knight and with them, set up their own production company, 'Gatetarn', to make drama series about English folk legends.

* with his new partners made 'Dick Turpin' in 1979, the highway robber and outlaw ,http://www.youtube.com/watch?v=n4d3RW488AQ followed by 'Smuggler'  in 1981, with Oliver Tobias playing an unjustly disgraced, outsider 19th-century naval lieutenant and its sequel, 'Adventurer' in 1987. 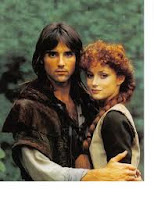 * on completing 'The Borrowers', which won a 'Bafta Award' for 'Best Children's Programme' and was about the 15 cm high 'Clock Family', outsiders forced to face the world outside after fleeing from their home under the floorboards of an English manor house and told the magazine, TV Zone : "I'd rather write adult programmes for children than childish programmes for adults."

*  received a second Writers' Guild award, for 'Out of Sight' 1996-98, a children's comedy about invisible schoolboy and outsider and his final script for tv, 'I Was a Rat' in 2001, a three-part adventure based on Philip Pullman's fantasy novel.

Bye, bye Richard. The world became a better place for you being here and bringing so much pleasure to kids watching tv and their Mums and Dads.