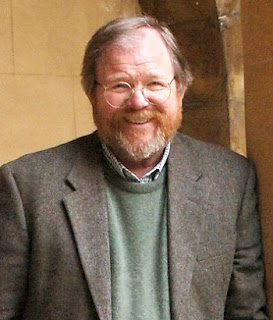 William McGuire "Bill" Bryson, is a 59 year old American who lived in North Yorkshire for 18 years with his English wife from 1977 to '95, moved back to the U.S.A. but returned in 2003 and has lived, in Norfolk, ever since.

He likes this country very much.
http://www.youtube.com/watch?v=jateuSygnPM

What few people know about Bill :

* first visited Britain in 1973 during a tour of Europe, and decided to stay after landing a job working in a psychiatric hospital in Surrey.

* met a nurse there they got married and to the USA in 1975 so he could complete his University degree, having dropped out to back pack around Europe in 1972.

* left journalism in 1987, three years after the birth of his third child and started writing independently.

* returned to the U.S.A. and the Appalachian Trail, wrote the book 'A Walk in the Woods' and returned to Britain with his wife and 4 children in 2003. 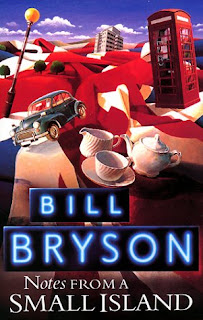 * in conjunction with 'World Book Day', voters in Britain chose his book 'Notes from a Small Island' as : 'that which best sums up British identity and the state of the nation'.

* In 2005, was appointed 'Chancellor of Durham University', succeeding the late Sir Peter Ustinov and has been active with student activities, appearing in a Durham student film and promoting 'litter picks' in the city which he praised as 'a perfect little city' in 'Notes from a Small Island'.

* In 2006, he interviewed the then Prime Minister, Tony Blair on the state of science and education.

* In 2006, Bryson was awarded an honorary OBE ( Order of the British Empire) for his 'Contribution to Literature'. The irony of which could not have been lost on him since he is neither 'British' and there is no 'British Empire'.

* In 2007, became the 'President of the Campaign to Protect Rural England' and started an 'anti-littering campaign'.http://www.youtube.com/watch?v=YWqHcM2Sh1c

Bill on the British at the seaside :
http://www.youtube.com/watch?v=2BrqzRrMSCk

Bill talking to the comedienne, Victoria Wood about the British at the seaside :
http://www.youtube.com/watch?v=xQyVOJP-YSA