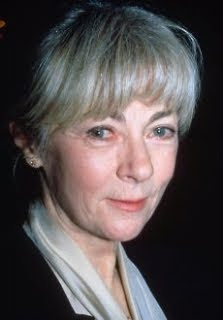 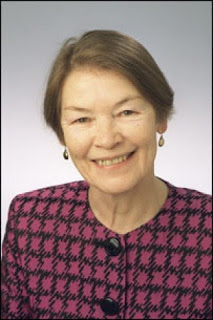 Geraldine is 78 today and Glenda and Albert are 74.

* Theatrical career began at 14 as assistant stage manager at the Theatre Royal, Windsor.

* Made her first appearance on the Windsor stage in 1946, as an attendant of Hippolyta, in 'A Midsummer Night's Dream'.

* Made her first West End appearance in 1951 as Christina Deed in 'Who Goes There!'

* Appeared, with Kenneth Williams in the original 1965 production of 'Loot' by Joe Orton.

* Played Mortiana in the film 'Robin Hood: Prince of Thieves'.

* Was in an episode of 'Red Dwarf', playing a computer.

* In 2005, provided the voice of Miss Thripp in the film 'Wallace & Gromit: The Curse of the Were-Rabbit and A Matter of Loaf and Death'.

* Declined the title of OBE and also, on a later occasion, to be made a Dame.

* Born in Birkenhead on the Wirral, Cheshire where her father was a bricklayer.

* Educated at the West Kirby County Grammar School for Girls, then worked for two years in a Boots chemist shop, before studying at RADA in Bloomsbury.

* Made her professional stage debut in Terence Rattigan's Separate Tables in 1957, and her film debut in This Sporting Life in 1963.

* The 'Glenda Jackson Theatre', on the campus of 'Wirral Metropolitan College', Birkenhead, was named after her in 1983. It closed in 2003, and was demolished by Wirral Council, to make way for a new housing estate.

* Retired from acting from acting in order to enter the House of Commons in 1992 as the Labour MP for Hampstead and Highgate.

Here she is as 'Elizabeth I' :

And on the 'Morecombe and Wise Show @ :

* Born in Pendleton, Salford, Lancashire, to Alice and Albert Finney, who was a bookmaker.

* Educated at Salford Grammar School and the Royal Academy of Dramatic Art.

* First appearance on the London stage in 1958 in Jane Arden's 'The Party', directed by Charles Laughton, who starred in the production along with his wife, Elsa Lanchester.

* First film appearance in Tony Richardson's 'The Entertainer' in 1960, which starred Laurence Olivier, but made his breakthrough with his portrayal of a disillusioned factory worker in the film version of Alan Sillitoe's 'Saturday Night and Sunday Morning'.

* Chosen to play T. E. Lawrence in David Lean's production of 'Lawrence of Arabia', he quit after four days of shooting.

* Turned down the offer of a CBE in 1980 and a Knighthood in 2000 and criticised the honours system for "perpetuating snobbery".

* Has had five Oscar nominations but never won.

Here he is in 'Saurday Night and Sunday Morning' from 1960: