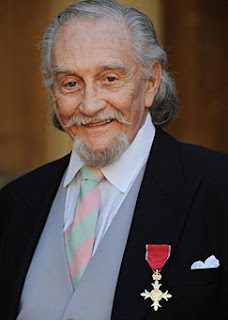 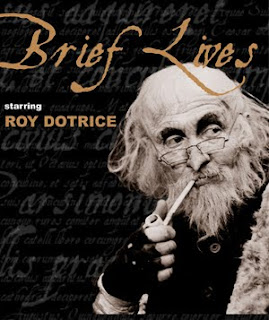 * born in Guernsey, one of the Channel Islands.

* was in a German prisoner of war camp from 1942 to 1945 where he started acting in theatricals playing female parts because he was so young and hadn't started shaving.

* was the father-in-law to the late Edward Woodward, a contemporary of his and husband to his daughter Michele.

* earned a place in the 'Guinness Book of Records' for the greatest number of solo performances at 1,782 , for his portrayal of the 17th century antiquarian, John Aubrey in his stage production 'Brief Lives'

* The play premiered and travelled in the late 1960's.

I saw it at one of the London theatres at that time. 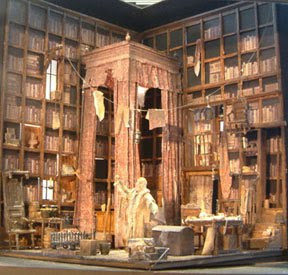 Things you probably did know :

* 'Brief Lives', was a one-man 'tour de force' where he was on stage for more than two and a half hours, including the interval when he pretended to sleep.

And an excerpt from the original show :

* is best known to American audiences for his role of 'Father' in the 1980s hit TV series, 'Beauty and the Beast'

* is known to fans of 'the Buffyverse' in the role of Roger Wyndam-Pryce.

* played Father Gary Barrett in the TV series 'Picket Fences' in the 1990's.

* was made 'Officer of the Order of the British Empire' (OBE) in the 2008 New Year Honours.
http://noolmusic.com/utube/acting_legend_gets_gong_roy_dotrice_gets_his_obe_from_the.php