Britain is no country for old teachers who are made to feel 'incapable, inadequate and inconsequential' 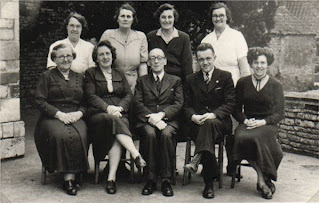 In April the teachers' union conference for the NASUWT, reported that older teachers feel they are being pushed aside and treated unfairly.

A survey from the union suggested one in five older teachers have faced discrimination because of their age.

Rather than having their experience valued, older teachers complain they are being 'marginalised'.

"Abuse on the grounds of age is as serious as all other forms of bullying."

The Union's survey of 3,525 teachers found that only one in 10 schools had an 'anti-bullying policy' which referred to the issue of 'age discrimination'.

"This survey demonstrates that ageism is still not being taken seriously enough," said Ms Keates.

* one in three older teachers believed that they have been made to feel 'less capable' than younger colleagues.

* one in five have felt that their 'professional capabilities had been marginalised or undermined due to their age'.

* some older teachers expressed fears that they were seen by head teachers as being 'too expensive'.

"It is unacceptable that those who have given long service to the profession are made to feel incapable, inadequate and inconsequential. They are a pool of talent which should be valued."

Having tauaght children and young adults from the age of 11 to 18 for 36 years, I cannot but agree. When I told my Headteacher, some years ago, that I intended to take 'early retirement' from the profession, she almost rubbed her hands together in glee, at the prospect of using virement to transfer my money to some other more 'worthwhile' area of the curriculum.
Posted by ...............................JohnBoy at 23:52