Britain's old men - take a lead from Sigourney Weaver who says : " I like getting old - it's interesting " 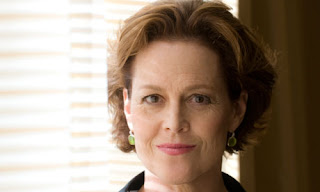 The American actress, Sigourney Weaver is 60 years old. She is best known for her role as Ellen Ripley in Ridley Scott's 1979 film, 'Alien' and the 3 spin offs which followed.

She came to my attention because she is quoted in the 'Guardian' newspaper, in an article called 'My Family Values', as saying, and this must be unique :

'I like getting older – it's interesting. I don't think it's attractive to have a taut face with a 65-year-old's body. I find that look scary. My mother was a great beauty and she never succumbed to plastic surgery. She thought it was best to grow old gracefully. I feel the same. We change ourselves by looking back and trying to stay young instead of moving forward'.

This bears investigation, after all, Sigourney is half British.

Is getting older interesting ?

I'll keep an open mind. I'll turn over a few stones and see if I can get, either confirmation or disconfirmation of her supposition.

Meanwhile, Lennon and McCartney from 'Yellow Submarine' and 'When I'm 64'.

When I get older losing my hair,
Many years from now,
Will you still be sending me a valentine,
Birthday greetings bottle of wine?

If I'd been out till quarter to three,
Would you lock the door ?
Will you still need me, will you still feed me,
When I'm sixty-four?

I could be handy mending a fuse,
When your lights have gone.
You can knit a sweater by the fireside,
Sunday mornings go for a ride.

Doing the garden, digging the weeds,
Who could ask for more?
Will you still need me, will you still feed me,
When I'm sixty-four?

Every summer we can rent a cottage
In the Isle of Wight, if it's not too dear.
We shall scrimp and save.
Grandchildren on your knee,
Vera, Chuck, and Dave.

Send me a postcard, drop me a line,
Stating point of view.
Indicate precisely what you mean to say,
Yours sincerely, Wasting Away.