Britain is a country whose 30 year old men might live for a hundred years : but do they want to ?

Last week the world’s top ageing experts held a conference at the Royal Society in London. Apparently, a number of scientific breakthroughs have shown that the lifespan of many animals can be radically extended by making minute changes in single genes.

Cynthia Kenyon of the University of California said :
“ When we extend the lifespans of laboratory animals, we do not have to combat individually all the problems of age, such as the declining muscles, the wrinkled skin and the mutant mitochondria. Instead, we just tweak a regulatory gene and the animal does the rest. In other words, animals have the latent potential to live much longer than they normally do.”

We humans are no different. 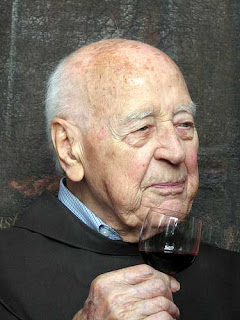 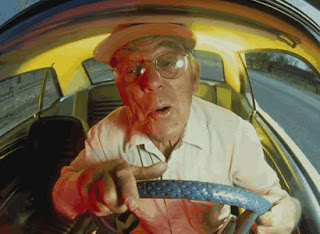 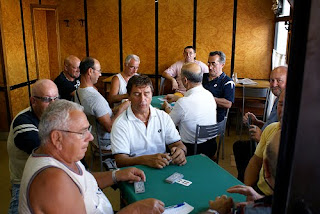 Nir Barzilai, Director of the 'Institute for Ageing Research' at the College of Medicine in New York, showed how some people age much more slowly than others. At more than 100 years old, these genetic winners are playing bridge, driving cars, uncorking the wine, dating, even running companies.

He has identified 2 genes in this group of 'super-oldies', which delay the onset of the diseases of old age. One causes the body to increase its production of cholesterol, which protects the body from heart disease and strokes, and the other controls insulin, which is linked to diabetes. Together they seem to be able to turn off the body’s ageing mechanism.

“When they eventually die, they die of the same things that people die of in their seventies or eighties. It’s just that they die 30 years later,”

His team is already developing drugs that mimic the effect of the centenarians’ super genes and testing on humans could begin in 2012. He reckons that within five or 10 years people will take these pills at around 40 and their lives will be longer.

Remember Eos, the rosy-fingered Ancient Greek goddess of the dawn, with her unquenchable desire for handsome young mortal men. Her favourite was the Trojan prince Tithonos, who she loved so dearly that she beseeched Zeus, to make him immortal. The wish was granted but Eos forgot to ask for Tithonos to be eternally youthful and he became so shrivelled by old age that he turned into a grasshopper.

Barzilai argued that his drugs would let us escape that fate. He explained that If you delay ageing itself, you also put off future age-related disease. If you can live to 100 in the body of a healthy 70-year-old, then why not? Age itself is the disease that must be treated. If ageing is reclassified as a disease then more drugs can be developed, which will treat not just the symptoms of old age but also the actual process of ageing itself.

Do we really want to abolish old age in Britain scientifically?

* Being old in Britain today can often be lonely and grim what might things be like in 2070 ?

* Isn’t getting old and frail a fundamental part of the human experience, one of the great levellers, the touchstones that make us who we are? If, for those who can afford the new drugs, that slow decline to death can be eradicated, wouldn’t that fundamentally change what it means to be human?

* We already live in a Britain where life expectancy is influenced by the surroundings of our birth, where the rich eat better, live more healthily, have more effective medicine and therefore survive longer. Drugs like those Barzilai is developing might help the rich in Britain to stay fit and active until we they are well over 100, but what about the rest ?