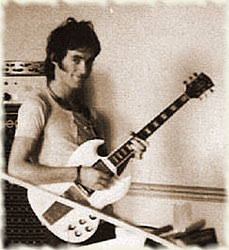 What you possibly didn't know about Bob, that he :

* was born in Plymouth, began violin lessons at the age of 8, switched to the guitar at 12 and in his teens was swept up in the rhythm and blues boom of the early 1960's and was influenced by Muddy Waters as well as the jazz musician, Django Reinhardt.

* by the mid-1960s, was in London, looking for groups to join and had his first taste of success with 'The Kinetics, who worked mainly in France, made the album 'Live Your Life' in 1967.

* on his return to London, using his skill as a creative blues guitarist, worked with the singer, Aliki Ashman and the organist and singer Graham Bond and demonstrated the quality of his guitar work on Ashman Reynolds – 'Stop Off' in 1972 :
http://www.youtube.com/watch?v=N2bHhlavflo

* in 1970, joined the backing group of blues singer, Long John Baldry and toured Europe and the USA as well as playing on Baldry's album, 'Everything Stops for Tea' in 1972.

* joined what remained of 'Fleetwood Mac' as the lead guitarist, after the departure of Peter Green and guitarists Spencer and Kirwan in 1972 and co-wrote songs on the 'Penquin' album on which he played slide guitar, harmonica and banjo
and worked on the 'Mystery to Me' album and thought he did not get the credit he deserved with 'Why' :
http://www.youtube.com/watch?v=LMZ332MRMMc

* began an affair with Jenny Boyd, the wife of drummer Mick Fleetwood, which led to his being fired from the group during their American tour in 1973.

* played on Sandy Denny's final album, 'Rendezvous' in 1977, then worked with the actor Murray Head, star of 'Hair' and 'Jesus Christ Superstar' and featured on Head's album 'Say It Ain't So' in 1975 which was a big hit in France and Canada. 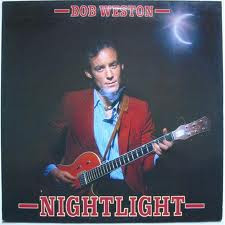 * recorded three solo albums, 'Nightlight' in 1980, 'Studio Picks' in 1981 and 'There's a Heaven' in 1999 and spent much of his last two decades writing or arranging music for films and television in France and Britain.

As an antidote to the sadness of his loss, Jimmy Page is still with us and is 68 years old today. So "Happy Birthday Jimmy !" :