This is the Government Housing Minister, Grant Shapps who has said there is a nationwide shortage of housing and pointed out that about 25 million bedrooms in England are empty, largely because old couples have not moved out of family homes into smaller properties.

Grant is clearly a man full of sympathy for and understanding of the old men and women in Britain :

'Older people who should be enjoying their homes have watched helplessly as their properties have become prisons, and many have been forced to sell their homes and move into residential care. Urgent change is needed to ensure the nation’s housing needs are met. Moving to more suitable accommodation can make a life-changing difference for some older people.'

On this basis, Grant wants local councils to help old men and women to move into that 'more suitable accommodation’ to allow their homes to be rented to young families and take responsibility for maintaining and renting the vacated properties at affordable prices, handing any profit back to the old owner.

He says the idea would help older people, many of whom want to downsize but find it hard to do so.

Opposition has, however, come from the over-50s group 'Saga', where Ros Altman described the idea as "outrageous social engineering" and said older people will be horrified that they should be pressured into moving out of family homes they have spent all their lives paying for. She said that any suggestion older generations were 'hoarding housing’ came across as "extremely offensive".

Neil Duncan-Jordan, of the 'National Pensioners’ Convention', said: "The shortage of affordable housing for younger families is not the fault of Britain’s pensioner population."

Michelle Mitchell, of Age UK, said:
"No one of any age should feel they have to move out of their own home unless it is what they want to do. Nor should older people be blamed for the scarcity of affordable housing or the economic conditions that make it difficult for younger people to get a mortgage." 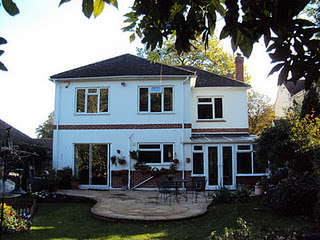