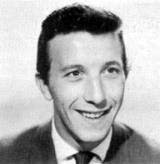 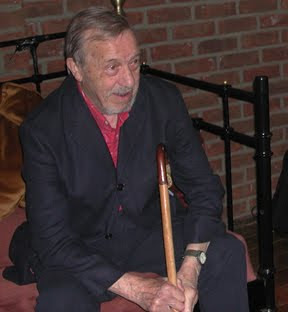 Harry Fowler whose 'Cheeky Cockney' character actor graced British film and tv screens for more than 60 years has died at the age of 85.

What you possibly didn't know about Harry was that he :

* was born in 1926 in Lam­beth, London and was a 'near illit­er­ate news­pa­per boy' when invited to speak on BBC Radio to tell about life in Second World War London, was heard by film company executives looking for a Londoner to feature in a film about evacuees, was screentested and offered a monumental '£5 a day' to play in 'The Demi-Paradise' in 1943.

* although 'called up' to serve in the RAF, was given leave to appear in eight films, including Alberto Cavalcanti's anti-fascist 'Went the Day Well?' in 1942. 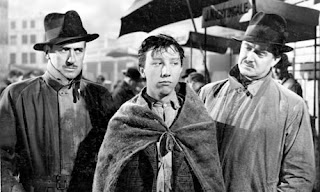 * played in 'Hue and Cry' in 1947, the leader of a gang of South London kids who discover that their favourite blood-and-thunder magazine is being used by crooks to send coded messages about future robberies and was given sage advice by co-star, Jack Warner who said : "Never turn anything down … stars come and go but as a character actor, you'll work until you're 90."

* had his career benefit from his role as a jaunty Sam Weller in 'The Pickwick Papers' in 1952.
http://www.youtube.com/watch?v=QIm-utqhnOo
and enjoyed the plum role 'I Believe in You' in 1952, as an under-privileged youngster, victimised by his stepfather, with a romantic interest in the very young Joan Collins.
http://www.youtube.com/watch?v=-rgN7TFSmKM

* married Joan Dowling, who had featured in 'Hue and Cry' in 1951 and sadly took her own life in 1954 after her career faltered.

* had a prominent role in 'The Blue Peter' in 1954 :
Full movie : http://www.youtube.com/watch?v=FrJyqOsVsfM

* featured in 'Lawrence of Arabia' in 1962 and as a paratooper in 'The Longest Day' :
http://www.youtube.com/watch?v=NV7gog2vDB8

* worked with the wonderful Irene Handl in 'Just For Fun' in 1963 :
http://www.youtube.com/watch?v=7WDbUQty1Tw

* had his big tv break in 'The Army Game' from 1959-61 and as Harry Danvers in the heaven-sent 'Our Man at St Mark's' fom 1965-66 but still accepted cameo roles in films, recalling the advice that "each appearance was an advertisement for the next", playing the milkman delivering to a home tyrannised by Bette Davis in 'The Nanny' in 1965. 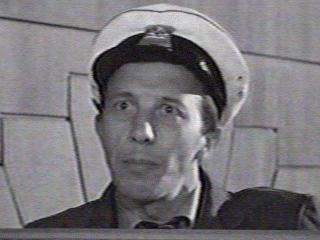