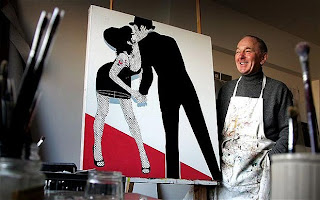 Things you possibly didn't know about Gerald, that he :

* was born in Newcastle-upon-Tyne, where, to escape "a rather unpleasant childhood" during which he seldom saw his soldier father, immersed himself in the medieval stories of King Arthur and Knights of the Round Table. 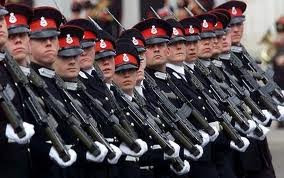 * left school at 16 and went to The Royal Military Academy Sandhurst for Army Officer Training and in 1955 was commissioned into the 'family regiment', the Royal Northumberland Fusiliers.

* during a posting to Belfast in 1957, saw John Osborne's play,'Look Back In Anger', realised that he was a rebel and the Army was not the ideal setting for a rebellion and later wrote that: 'The play had a crucial effect on me, for the first time I realised that I was not alone in thinking as I did'.
http://www.youtube.com/watch?v=wKk5gzEhphY

* left the Army in 1960, took up student life at St Martin's School of Art in London where the mass-produced newspaper photograph with its composition of small dots influenced his painting at about the time as Roy Lichtenstein took the same route in the USA. 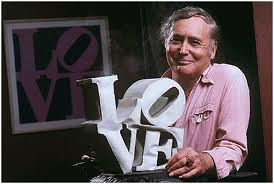 * in 1963, spent the summer in New York, employed by Robert Indiana as a studio assistant and was introduced to a world of giant lofts, vast canvases and huge palettes of paint mixed on large sheets of glass where he noted that : 'even their paint tubes were bigger than ours.'

* painted images of skydivers, astronauts, drag racers and starlets and unable to afford to ship them home, left them in Indiana's loft and returned to London to finish his college course.

* a year later, received a telegram from the Chicago gallery owner, Richard Feigen, who had decided to open a showroom in New York which said : 'I've just seen your paintings at Bob Indiana's loft. They are great. How much are they? Will you exhibit at my gallery in New York?' 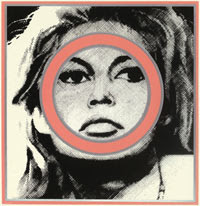 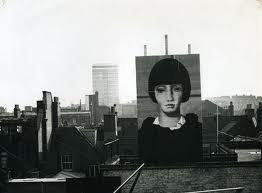 * now with a young family, returned to New York, at first painting in a rat-infested loft in the Bowery, then in 1968 produced a screenprint of 'Brigitte Bardot'
,European cinema's brightest star and another of Anna Karina, wife of the new-wave film director, Jean-Luc Godard, as a portrait as big as a billboard painted on nine joined canvases.

* began to prosper and enjoyed a bohemian lifestyle but by 1969, became disillusioned by the assassinations of President Kennedy and Martin Luther King and the Vietnam War and returned to Britain, then bought and restored Kirkell Castle in Scotland. 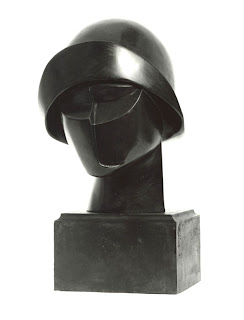 * in 1973, after an 'epiphany' at the Royal Artillery Memorial at Hyde Park Corner, bought some clay, devoted himself to working on the human figure, taught himself to cast in bronze, built his own foundry and produced his 'Galina Series', depicting his wife.

* with the publication of the Abu Ghraib prison torture photographs in 2003, returned to his colourful 1960's pop art style and when his paintings, exhibited in New York in 2005, did not impress the media, professed himself mildly embittered by the absence of critical esteem.

* was drawn to the celebrity of Amy Winehouse after seeing the media depiction of the troubled singer, his picture of her kissing her husband Blake was the first of a series and said : “My work is concerned with the myth, and portrays her as she appeared to us, the public, via the media. Now that the drama has ended, and all is quiet, I hope it will be seen as a tribute from one artist to another.”
http://www.bbc.co.uk/news/entertainment-arts-15255389 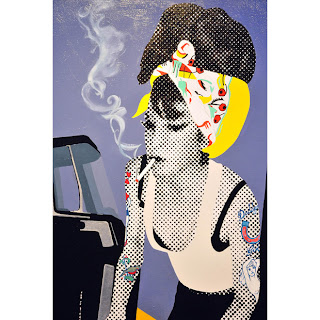