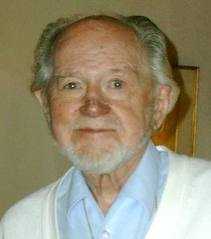 Ronald Searle, best known as the creator of 'St Trinian's School' and co-author of the 'Molesworth' series and Britain's best loved cartoonist, died today at the age of 91.
http://www.youtube.com/watch?v=BdyWYqjGtEo 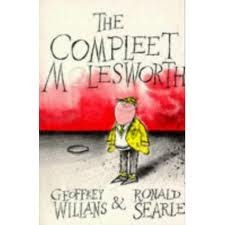 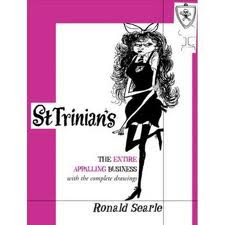 What you probably didn't know about Ronald, that :

* his father was a porter at Cambridge Railway Station and he started drawing at and left school at the age of 15.

* trained at Cambridge College of Arts and Technology and in 1941, published the first St Trinian's cartoon and started work as a war artist in 1942 and was stationed in Singapore. 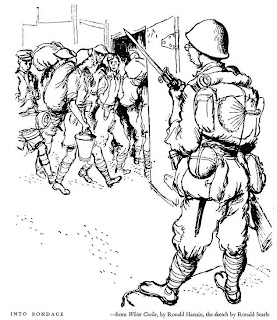 * when Singapore was taken by the Japanese, was captured and spent the rest of the War a prisoner in Changi Prison and then in the Kwai Jungle, working on the Siam-Burma 'Death Railway'.

* documented the brutal camp conditions in a series of drawings which he hid under the mattresses of prisoners dying of cholera.

* liberated in 1945, he returned to England where he published several of the surviving drawings in fellow prisoner Russell Braddon's 'The Naked Island'.

* about 300 of his War drawings are in the permanent collection of the Imperial War Museum, London.

* in the 1950's He compiled more St Trinian's books, which were based on his sister's and other girls' schools in Cambridge.
http://www.youtube.com/watch?v=LjbWiTDmm4o

* in 1961 he moved to Paris, where he produced books, animated films and sculpture for commemorative medals for the French Mint and the British Art Medal Society. 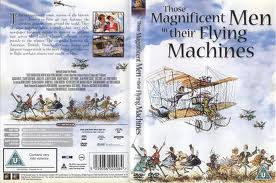 * did a lot of designing for the cinema and in 1965, created the opening, intermission and closing credits for the popular comedy film 'Those Magnificent Men in Their Flying Machines.'

* in 1975 the full-length cartoon 'Dick Deadeye' his animations were considered by some to be his greatest achievement, although Searle himself detested the result.

* in 2010 he gave about 2,200 of his works as permanent loans to the 'Deutsches Museum für Karikatur und Zeichenkunst' in Germany.

* lives in Fraqnce and in 2007 he was decorated with France's highest award, the 'Légion d'honneur' and in 2009 he received the 'German Order of Merit.'