Nicol Williamson, once described by playwright John Osborne as : "the greatest actor since Marlon Brando", has died at the age of 73.

What you possibly didn't know about Nicol, that he :

* was born in South Lanarkshire, Scotland, the son of a factory owner who moved his family to England, went to school in Birmingham and left at 16 to work in his father's factory.

* attended the 'Birmingham School of Speech & Drama', which he described as "nothing more than a finishing school for the daughters of local businessmen" and his time there as "a disaster", then served his 'National Service' as a gunner in the Airborne Division.

* in 1960, at the age of 25, made his professional stage debut with the Dundee Rep and London debut in 1963 and as 'Flute' the 'bellow's mender' in Tony Richardson's production of 'A Midsummer Night's Dream' at the Royal Court Theatre. 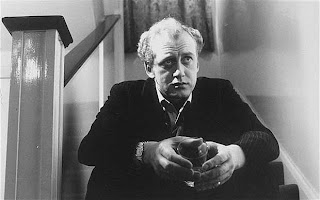 * had his first major success came in 1964 with John Osborne's 'Inadmissible Evidence', won a Tony award when it transferred to Broadway in 1965 and in 1968, starred in the film version.

* played Hamlet for Tony Richardson at the Roundhouse which later transferred to New York and was made into a film, with Marianne Faithfull in the cast with whom, according to her, he had an affair while filming.
http://www.youtube.com/watch?v=QvCuNjcUI0M

* played a suicidal Irish soldier in the 1968 film 'The Bofors Gun'.
http://www.youtube.com/watch?v=EpUNtue1h0s

* after a number of films, appeared in 1981 in 'Excalibur', where director John Boorman cast him as Merlin opposite Helen Mirren as Morgana over the protests of both actors who had appeared together in Macbeth, with disastrous results, disliked each other intensely and he hoped that their animosity would generate more tension between them on screen.


On 25 January 2012, Nicol's son, Luke, announced on his father's website that Nicol had died on 16 December 2011, after a two-year struggle with oesophageal cancer.

'He gave it all he had: never gave up, never complained, maintained his wicked sense of humour to the end. His last words were 'I love you'. I was with him, he was not alone, he was﻿ not in pain.'