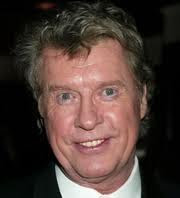 * was born in Salisbury, Wiltshire, as Michael Smith, taking his name from his Mother's husband who had died in 1940 in the Battle of Britain in 1940 and was Michael's biological father.

* spent his early days on an Army camp in Wiltshire in the War and the Isle of Sheppey off the Kent coast, where his mother had grown up, living with his Grandparents.
My earliet posts about Sheppey :
http://britainisnocountryforoldmen.blogspot.com/2010/03/seawall-at-sheerness-on-isle-of-sheppey.html

* at the end of the War, moved to London with his mother and new Stepfather and under the name of Michael Ingram, was a church chorister and attended the Oakfield Preparatory School, Dulwich. 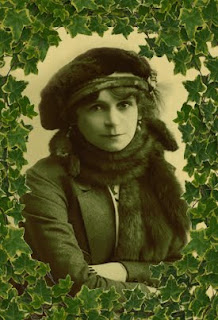 * had his mother die at age of 44 from acute pancreatitis after a short stormy and abusive second marriage and was taken under the wing by the famous theatrical 'Kendall Family' whose head was the music hall star, Marie Kendall. 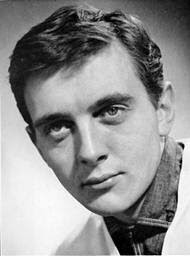 * started his stage career as Sammy 'The Little Sweep' in his school production of Benjamin Britten's 'Let's Make an Opera' and got his professional break when hired by Britten to play in a production the Scala Theatre in London, alternating with another boy soprano called David Hemmings.

* had a name clash with another stage aspirant and changed his to 'Crawford' after seeing a lorry with the slogan 'Crawford's Biscuits Are Best' and after playing a number of parts on stage and on radio, at the age of 19, played an American, 'Junior Sailen', in the Steve McQueen film, 'The War Lover' in 1962. 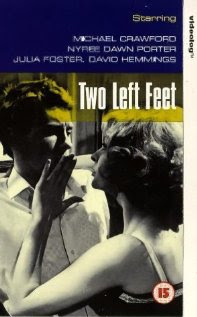 * played the lead role in the 1963 film 'Two Left Feet' :
Watch out for a young David Hemmings :
http://www.youtube.com/watch?v=-IkfzHovPzs&feature=related 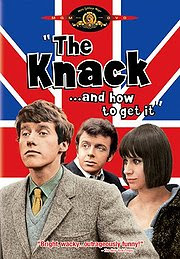 * was given by Richard Lester, the role of 'Colin' in 'The Knack …and How to Get It' in 1965.
http://www.youtube.com/watch?v=WVRJTFNYqzc


* was next cast in the film adaptation of the musical, 'A Funny Thing Happened on the Way to the Forum' with Zero Mostel.
http://movieclips.com/hS9P-a-funny-thing-happened-on-the-way-to-the-forum-movie-sleeping-potion/

* played in 'How I Won the War' with John Lennon
http://www.traileraddict.com/clip/how-i-won-the-war/green-green-green

and then starred in 'The Jokers' with Oliver Reed.
http://www.youtube.com/watch?v=KDobBmcRHFc

* made his Broadway debut in 1967 in Peter Shaffer's 'Black Comedy' and began to demonstrate his aptitude and daring for extreme physical comedy, such as walking into walls and falling down staircases.

* was noticed by Gene Kelly and cast in 'Hello, Dolly!' alongside Barbra Streisand and Walter Matthau and related that he got the part of Cornelius Hackl, and 'attractive idiot', because Kelly's wife thought he was 'attractive' and Kelly thought he was 'an idiot'.
http://www.youtube.com/watch?v=pw5EuvGPsyI

* saw 'Alice's Adventures in Wonderland', in which he played the White Rabbit, enjoy moderate success in Britain.
http://www.youtube.com/watch?v=I22xkIxueuQ&feature=related

* next faced a brief period of unemployment, helped his wife stuff cushions for their upholstery business, took a job as an office clerk and saw his marriage fell apart and divorce follow.

* playing the hapless Frank in the tv series 'Some Mothers Do 'Ave 'Em', saw his career take off again and his extreme physical comedy came into its own.
http://www.youtube.com/watch?v=lFLpwRMS00g

* played in his first leading man role on the West End stage in the musical 'Billy' and improved his singing under the tutelage of vocal coach and spending perfected his dancing with a choreographer.
Interviewed at this time :
http://www.youtube.com/watch?v=KyGeFPHPCFk 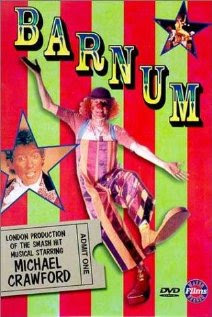 * in 1981, starred in the London production of 'Barnum' after training at the Big Apple Circus School in New York City to prepare for the stunts, learning to walk the tight-rope, juggle and slide down a rope from the rafters of the theatre and became a 'British Amateur Gymnastics Association' qualified coach.
http://www.youtube.com/watch?v=TnZgjJIZ7aA&feature=related

* starred in Barnum for 655 performances and saw it becaome a favorite of Margaret Thatcher and the Queen Mother. 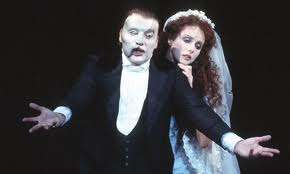 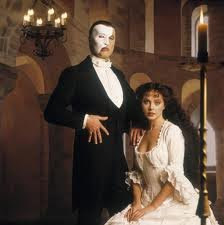 * started his performance in 'Phathom of the Opera' in London in 1981, and continued on Broadway and then Los Angeles winning a host of awards and sang 'The Music of the Night' at the Inaugural Gala for President George Bush in Washington, in 1989.
http://www.youtube.com/watch?v=n5dhyiqhR7Y

* at present is playing the role of the Wizard in the musical version of 'The Wizard of Oz'.