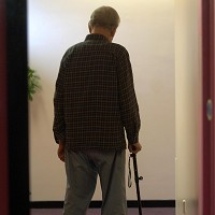 An article in 'The Daily Mail' yesterday was entitled :


It was based on a survey of over 1000 old people commissioned by 'Associated Retirement Community Operators' into the extent of loneliness among them which concluded that :
Welcome
Change profileLog out
Welcome
Log out 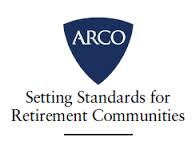 *  more than 66 million hours are spent alone by people aged over 65 in Britain each day, equivalent to each person over 65 spending more than 100 days alone each year..

* almost one in five (18 %) of over-75s said that they 'sometimes go a whole weekend without seeing and speaking to another person'.

* over half of respondents (54%) said they felt 'unable to talk about this loneliness with their family' or 'their children' (46 %).

* London was the loneliest place in the country to grow old, with over 65s spending an average of 7.8 hours on their own each day.

In addition, the survey challenged the widely held belief that the main concern for older people is 'staying in their own home', because when asked : 'what worried them most about getting old ?',
'poor health' came out top  at 32%, while 'having to leave the family home' most concerned just 4%.

Jon Gooding, Chairman of the 'Associated Retirement Community Operators', said:
"We are in the grip of a loneliness epidemic. People are fearful of their declining health, and yet appear to be unprepared for old age. Couple this with the fact that in 2033 there will be 3.3million people over the age of 85 in the UK and it becomes clear that we face a momentous challenge".
The Report could be coupled with another in the newspaper last year :

This time the research, commissioned by 'Age UK' and based on 1,000 respondents, concluded that :

* around three and a half million old people face a life alone and without help or friendship from their neighbours
because, either they 'do not want to be a burden 'or think their neighbours 'always seem to be busy'.

* warned that loneliness affects physical health and can be as damaging as smoking or obesity to an old  person.

* over half of all old people see the television as their 'main form of company'.

* during winter, isolation can also intensify, having an adverse effect on physical and mental well-being with some studies showing that feelings of loneliness can be equivalent to well-established risk factors such as obesity and smoking.

Another article in January this year was entitled :

* Government Ministers are trying to measure loneliness amid concerns it is having devastating consequences on the nation’s health and the Department of Health is drawing up a map which will pinpoint which areas of the country have the highest levels of isolation.


* there is growing evidence that loneliness can cause health problems and lead to higher rates of dementia, heart disease and high blood pressure and depression and also leads to people going to their hospital or doctor more frequently, just for the company  and they are more likely to move into a care home earlier.
* For the first time, officials will ask local councils and National Health Service  Trusts to carry out surveys of the levels of loneliness within their communities and if they are found to be high, authorities will be urged to provide extra support such as befriending services and transport to day centres.

* Norman Lamb, the 'Care and Support Minister' said:
"For the first time we will be aiming to define the extent of the problem by introducing a national measure for loneliness. We will be encouraging local authorities, NHS organisations and others to get better at measuring the condition in their communities. Once they have this information, they can come up with the right solutions to address loneliness and isolation.". 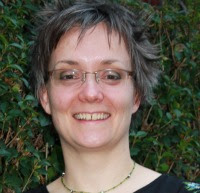 * Laura Ferguson, Director of the 'Campaign to End Loneliness'  said :

"Loneliness is a major health issue. An effective measure of isolation and loneliness is an important step to improving the lives of the hundreds of thousands of older people who are chronically lonely. This national measure can only help those making local health and care decisions to prioritise loneliness as a health issue, and one that they will tackle."

* Dr Anne Hayden, a GP in Dorset, said she trimmed £80,000 from the NHS’s budget by setting up a 'befriending scheme' for old patients who frequently came to the surgery, who did not have any obvious symptoms and doctors suspected were 'lonely' and felt 'unable to cope with life' and as part of the scheme, volunteers visit the patients and help out with jobs around the home as well as offering advice and support

My earlier posting about loneliness :

Britain is no country for 100,000 lonely old men on their own today, Christmas Day 2011
http://britainisnocountryforoldmen.blogspot.co.uk/2011/12/britain-is-no-country-for-100000-lonely.html