Britain is still no country for too many old men expecting to be fed, respected and not abused in hospital

Care Quality Commission inspectors visited 50 hospitals in 2012 and as a result their report, 'Review of Privacy, Dignity and Nutrition in Hospitals', has reached some bleak conclusions for 1 out of 5 old men and women and the situation appears to be getting worse.

The hospitals were assessed against  how far they, for old people they :
* respected and involved them.
* met their nutritional needs.
* safeguarded them from abuse. 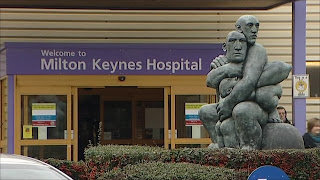 On this basis, sick of men going into Milton Keynes Hospital should beware, since it fell down on all three. Fear not though, since Lisa Knight, 'Director of Patient Care' and Chief Nurse said they had put in place an 'action plan' and "We are sorry that our patients did not receive the high standard of care that they deserve."
The Report told of old men and women :
* talked about by staff, as if they were not within earshot.
* on wards where call bells went unanswered, leaving them without help to get to the toilet or support for other needs.
Some elderly patients say they are
* who were too frightened to call for help at night in case they are told off by nursing staff.
It told of staff, one of whom :
'stood directly behind a patient and leant over them to cut up their food. They also called across to a colleague who was supporting a patient with eating: "I think you've got a lost cause there," referring to the fact that the patient was falling asleep during the meal.'
another 'woke one patient when they took the patient's lunch to them. The patient went back to sleep and the meal remained in front of them until they woke up.'

On one ward inspectors found that two thirds of ‘Do Not Resuscitate’ forms, which stated that doctors should not try to revive  he patient should their heart stop beating, had already been signed without detailed discussions with the patient or their family members. 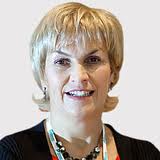 Katherine Murphy of the Patients Association said:
" Call bells going unanswered and people left to soil their beds because they don’t get help going to the toilet is an utter disgrace. Pockets of poor care on this scale are unacceptable and typify the cultural change needed."
The Commission also inspected 500 care homes and found, once again, that 1 in 5 old people are not having their privacy and dignity and their nutritional needs met. The inspectors found homes where :

* toilet doors or bedroom doors were left open without thought for people's privacy
* staff held conversations with each other over the heads of residents they were helping to eat a meal. 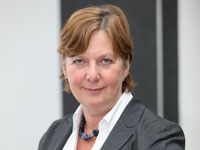 Jo Webber, 'Deputy Director of Policy' at the NHS Confederation, which represents all organisations commissioning and providing NHS services, said:
"It is every patient's fundamental right to be treated with dignity, and it is every NHS staff member's job to make sure that all patients are treated with the respect and dignity they deserve. Anything less and we are not doing our jobs right. We should consider any occasion when we fail to provide dignified care to be as significant as a prescription error or similar untoward incident."
If that were only the case Jo, if only the case.