Norman, old fashioned comic from Northern Britain has died at the age of age 87. 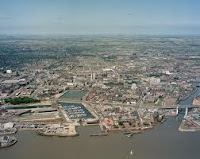 What you possibly didn't know about Norman, that he :
* was born in Kingston upon Hull, East Riding of Yorkshire into the working-class family in a 2 bedroomed terraced house with no hot water and an outside toilet on Christmas Day 1925. weighing a heavy 7 kilos and grew up as the eldest child with seven brothers and sisters. 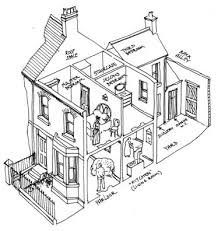 * later said that he remembered a hard childhood, visiting the markets at night bargaining for leftover meat and stale pastry and "I even had to wash the kids. I used to heat up the water, stand the children on the table, wash them one at a time and put them to bed... We did nothing but laugh. There was nothing to do but laugh. It all came from my Dad".

* reached the age of 18 during the Second World War and served in the Navy on an aircraft carrier as a gunner and when he was demobbed at the age of 20, found work as a labourer. 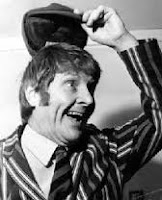 * at the age of 23 in 1948, volunteered to 'stand in' when an act failed to turn up in Hull's Perth Street, 'West Club', felt 'natural' on stage and started to work in local clubs. 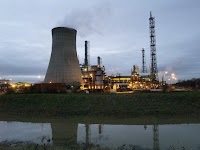 * working at BP's chemical factory in Salt End. East of Hull, made his workmates laugh with improvised comic routines during breaks and once finding a funnel shouted “Vote for Collier” and expected to be sacked when the foreman saw him but was encouraged to keep his mates in good humour during the long, hard and cold work.

* started to work the wider northern working mens club scene where audiences were famously tough, but warmly appreciative of performers they reckoned to have given good value and had his name spread so that by 1962, turned professional, signing up with Lew Grade's Talent Agency.

* toured in the USA and East Asia, but resolutely refused to move from Hull and returned there after each contract even though his wife, Lucy's sandwiches, wrapped in foil inside a coal miner's 'snap tin' couldn't accompany him overseas. 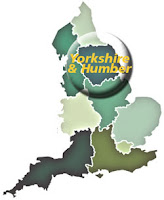 * had his tv debut in 1965 on 'Let’s Laugh', made by the BBC in Manchester alongside another unknown northern comedian, Les Dawson and the Welsh singer Tom Jones, whose second single, 'It’s Not Unusual', had just rocketed to the top of the record charts.

*  came to national media attention after a successful appearance at the Royal Variety Command Performance at the age of 46 in 1971, with the Daily Express reporting : 'Norman turned out to be one of the big successes of this year’s Royal knees-up.' 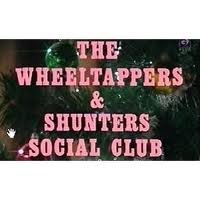 * had tv programmes such as 'The Wheeltappers and Shunter's Social Club'  the 1970s, which borrowed and gently sent up the northern club atmosphere and where his material, free from the crudities and racism of some of his contemporaries, was ideal for his audience.
* during his heyday, was on the bill, from Blackpool to London, with the biggest variety performers of the day, among them Cliff Richard, Tom Jones and the Everly Brothers.


* was best known for two routines: one in the guise of a northern club compere whose microphone is working intermittently https://www.youtube.com/watch?v=AYpQyJ_bTiw
and the other adopting the noises, gestures and movements of a chicken, using his outturned jacket to suggest the bird wings as seen at the end of this clip : https://www.youtube.com/watch?v=Hh0Y_OeRP-Y 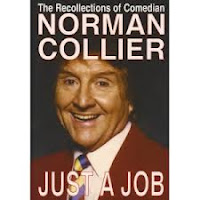 * based his stage act on on absurdist situational monologues, drawing on Northern working class archetypes, reflecting the work of the 1950s comic, Al Read, rather than a stand up 'series of jokes'.https://www.youtube.com/watch?v=kpWC9XlJLQQ

* entitled his 2009 autobiography self deprecatingly, 'Just a Job', since his work always involved deep commitment.
* had his sister Irene say of him that, despite battling with Parkinson's Disease for the past seven years, he kept laughing right until the end and "even when he was in the infirmary he was cracking jokes with the nurses. He has had a completely full life. He made millions of people laugh. He was just full of fun."
What better epitaph could a man have ?
Bye, bye Norman and thanks for the fun.
https://www.youtube.com/watch?v=pQjmqfZX9CA
Posted by ...............................JohnBoy at 12:50