Nearly 9,000 people aged 50 and over have been questioned about their sex lives by 'Populus' on behalf of Saga Magazine and the results of the survey showed that, apparently :

* baby boomers, aged between 60 and 64, had had the most sexual partners, with eight on average among men and women and one in eight claimed to have slept with 20 people in total.

* almost half of the over-75s were still having sex. 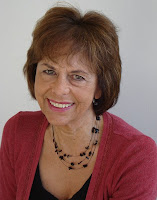 The 69 year old journalist Liz Hodgkinson provided the perfect appraisal of these findings in 'The Daily Mail' in  an article entitled :

Liz made the following points, that :

* there are three kinds of lies: lies, damned lies and sex surveys and you can't believe a word you read in any sex survey simply because the respondents’ capacity for self-delusion is almost infinite.

* most men in their 60s are on buckets of pills for their heart, their cholesterol, their blood pressure and this noxious cocktail of prescription drugs means that they can no longer perform in bed, however much they may want to.

* if you have an over-60 as a partner, you are much more likely to be accompanying them to 'Accident and Emergency', rather than making mad passionate love at every opportunity. 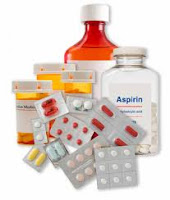 * while these days older women are healthy, slim and fit, most men of the same age have diabetes, dicky hearts and high blood pressure and are also often hobbling around waiting for a hip or knee replacement.

* prostate problems mean getting up to pee several times during the night is common for men in this age group and hardly a libido-enhancer.

* when they come back to bed, their hands are icy-cold from the effect of beta-blockers which restrict blood circulation to the extremities — all extremities.

* all this means that sex for the over-60s becomes an ever-distant memory.

* perhaps the most honest comment on older people and sex came from former 'Countdown' presenter, the late Richard Whiteley who, although popularly known as ‘twice nightly Whiteley’, a reputation he enjoyed and played up to for years, said, ruefully, that towards the end of his life, the reality was more like "once yearly, nearly".

* there is an inherent implausibility in the idea that a couple married for 30 or 40 years would suddenly find each other irresistible just because they are now on their own again now the childen had grown up and left home.

* every long-married person she knew told her the same story: that they were no longer having sex, at least with each other and haven’t done for years.

* one man in his early 70s, married to the same woman for half a century, said he "hadn’t had sex with anybody for at least 25 years" and she doubted that he was a lone statistic.

* a 60-year old had told her that he and his wife would sometimes go to the red-light district of Amsterdam to spice up their sex lives and it worked because she got so 'spiced up' that she left him for a much younger man and since then, he has not been able to tempt another woman into bed.

* she suspected,  that many old people, much like Alma and Alfred Hitchcock in the new film about the master of suspense,, slept miles apart in single beds with their pyjamas buttoned up to the neck and never touch, let alone make love.

* at least the Hitchcocks were in the same bedroom, whereas so many old couples nowadays go into separate rooms, usually citing one partner’s snoring as the reason.

* it was also is true that some older couples never give up and not too long ago, just to entertain herself, she had wandered into a sex shop in Covent Garden, where she was 'astonished to notice that just about all of the customers appeared to be over 60.'

And I don't doubt that most them were old men.

Labels: Is Britain a country with sexually active old men ?