Britain is still a country for and says " Happy Birthday" to an old, husky voiced singer who has had his brush with death called Chris Rea

Things you possibly didn't know about Chris, that he :

* was born in Middlesborough, where his father, Camillo (right), owned an icecream factory and string of cafes.

* left school, worked in casual labouring jobs, bought his first guitar at 22, joined the band 'Magdalene', replacing David Coverdale who later created 'Whitesnake', got a solo recording deal with Magnet Reocrds and released his first single, 'So Much Love', in 1974.http://www.youtube.com/watch?v=ypd0lHJm4_w 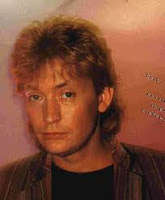 * released his first album in 1978 and saw 'Fool if you think it's over' become his biggest hit in the USA : http://www.youtube.com/watch?v=26iubAguHu0

with its beautiful lyrics :


A dying flame, you're free again,
Who could love and do that to you.
All dressed in black, he won't be coming back.
Well save your tears, you got years and years.
The pains of seventeen's,
Unreal they're only dreams.
Save your crying for the day.

Miss teenage dream, such a tragic scene,
He knocked your crown and ran away.
First wound of pride and how you cried and cried.
Well save your tears, you got years and years. 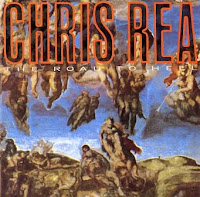 * played the lead in the 1999 comedy film 'Parting Shots' alongside John Cleese, Bob Hoskins and Joanna Lumley as a character who, when told that cancer gave him six weeks to live, decided to kill those people who had badly affected his life.http://www.youtube.com/watch?v=MKh85PJtb04

* in 2001 was diagnosed with pancreatitus, underwent an operation with a predicted 50% chance of survival and promised himself that if he recovered, he would return to his blues roots http://www.youtube.com/watch?feature=fvwp&NR=1&v=mkdJjedLHWQand did so with 'Blue Guitars', which complete with his own paintings as album covers, was seen by him as his finest work to date.http://www.youtube.com/watch?v=wpfItcOP8QY

* said : "it’s not until you become seriously ill and you nearly die and you’re at home for six months, that you suddenly stop to realise that this isn’t the way I intended it to be in the beginning. Everything that you’ve done falls away and start wondering why you went through all that rock business stuff."

* rereleased 'Diving Home for Christmas' in 2007, 17 years after the original which was inspired when he and his wife  were stuck in heavy traffic heading out of London for Christmas with a long drive to Middlesbrough ahead of them and later said it was " a car version of a carol".
http://www.youtube.com/watch?v=THcbQyFtCqg 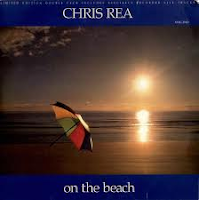 Between the eyes of love I call your name.
Behind those guarded walls I used to go.
Upon a summer wind there's a certain melody,
Takes me back to the place that I know,
On the beach,
Yeah Yeah,
Down on the beach,
Yeah.

The secrets of the summer I will keep.
The sands of time will blow a mystery,
No one but you and I,
Underneath that moonlit sky,
Take me back to the place that I know,
On the beach,
Yeah Yeah,
Oh, down on the beach.