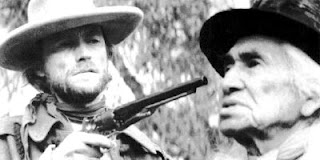 Research commissioned by the Department for Work and Pensions and carried out at the University of Kent called 'Predictors Of Attitudes To Age Across Europe' has shown that :

* British people, on average, believe that old age starts at 59, up to nine years earlier than the age suggested in elsewhere in Europe and their idea of 'youth' is also among the shortest in Europe ending at 35.

* only in Turkey, where average life expectancy is 72, do people have a lower estimate of old age, saying it begins at 55.

* Germans are considered young until they reach 43 and Cypriots until 51 and
the Greeks hold on to their youth the longest, believing old age starts at 68 and in Denmark the figure is 64 and 63 in France.

* within the 28 European countries in Europe, Norway, Sweden, Holland, France, Russia, Slovenia, Poland, Belgium and Denmark view old age as starting between 60 and 65.

* differences may point to a different 'work-life balance' in Europe and the fact that attitudes towards old age tend to be related to when we 'believe' we’re going to retire and increasingly, old men in Britain are uncertain as to 'when', or even 'if', they can retire.

* the Britons also view the elderly as less ‘competent’ than in many other countries, and as a bigger 'burden' on health services.

Steve Webb, a keen and, no doubt, ambitious 45 year old, is the Government Minister who is the driving force behind the planned increase of the State pension age to 66 for men and 60 to 65 women, has, not unnaturally, rejected the findings saying :

"The idea that 59 is old belongs in the past. We need to challenge our perceptions of what 'old age' actually means. It is no longer the time where people are sitting back and enjoying the 'twilight' of their lives. Instead it is often a time for new choices and new opportunities.’

“We will do our part to meet the challenge of an ageing population head on by making sure that people are given the opportunity to save, and ensuring we have a state pension that is fit and fair for this new world."

“We are now in an exciting world where 11 million of us will live to be 100, where employers can no longer sack people for reaching the age of 65, and where people once considered to be ‘past their prime’ are not only still working, but in fact are running big business."

Oh dear, old men and women of Britain, with men like this governing your future, be afraid.
I'm reminded in the scene in 'The Outlaw Josie Wales' where Chief Dan George described how the white men had been "sneaking up on him" all his life. For 'white man' substitute the word 'politician'. :
http://www.youtube.com/watch?v=ZPFP_XazE5U&feature=related 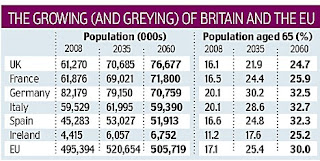 Labels: Old men in Britain old younger than other countries