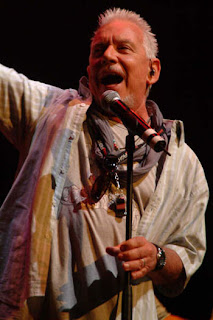 Eric :
* was born Eric Victor Burdon in Newcastle, where, in 1962 he was founding member and vocalist of 'The Animals' which was formed out of the 'Alan Price Combo'

* with the band, combined electric blues with rock and in the USA were one of the leading bands of the 'British Invasion' along with 'The Beatles', 'The Who', 'The Rolling Stones', 'The Dave Clark Five' and 'The Kinks'.

1965 : 'We Gotta Get out of This Place'
http://www.youtube.com/watch?v=jxNEiZhpinY