Would Britain be more a country for old men if, like the USA, it listened to Robert Butler and stopped calling them codgers and fogeys ? 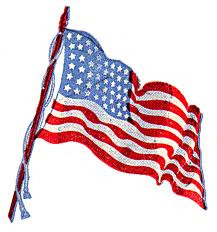 I came across a 'Media Guide' published in 2009 by the American think tank, 'The International Longevity Center,' and ageism campaign group 'Aging Services of California'.

Its substance was, that :

* 'Elderly' is no longer acceptable word for 'older people' along with 'codger' and 'fogey'.

* 'Senior', 'fossil' and 'biddy' have been blacklisted by the lexicon of unacceptable phrases.

* people aged over 50 should be referred to as 'older people' or simply 'man' or 'woman' followed by their age.

* 'Old ladies' of both the 'little' and 'sweet' variety are also to be avoided.

* 80% of older Americans have been subjected to 'ageist stereotypes' and 'while names and characterisations may vary, the message is the same: older men and women are incompetent and lack sufficiency'.

* Journalists are advised: 'If you need to identify individuals over the age of 50, 'older adults' is preferred over 'senior' and 'elderly', which can be discriminatory in nature, after all, we don't refer to people under 50 as 'junior citizens'.

* in a preface to the report, Robert Butler, 'President of the International Longevity Centre', described the guide as 'an important step in overcoming ageist language and beliefs'.

Robert Butler talking much sense about the role of older people in American Society and 'baby boomers' in particular :

Labels: Stop using the words codger and fogey and listen to Robert Butler