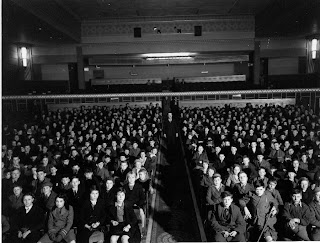 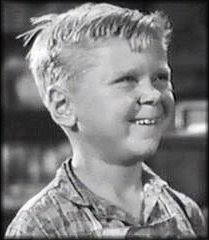 Jackie Cooper, American Hollywood child star of the 1930's who returned to the spotlight in the `Superman` movies, has died at the age of 88.
http://www.youtube.com/watch?v=l-RPWC1Kjv4


I must have seen him in episodes of `Our Gang` at saturday morning cimema, for kids in the 1950's, before the advent of television.

The shows would feature :

* a compare who would read out the names of children whose birthday it was who got onto the stage and get a birthday card and some sweets.

* a serialised western, either `The Lone Ranger`,`The Cisco Kid` or 'Roy Rogers` followed by a Science Fiction like 'Flash Gordon' and a Period Adventure such as
`Robin Hood`, `William Tell` or `Zorro` and all would end on a 'cliff-hanger`to whet our appetites fo the following week.

What you possibly didn't know about Jackie was that he :

* had a father who left the family when Jackie he was 2 years old, a mother who was a stage pianist. 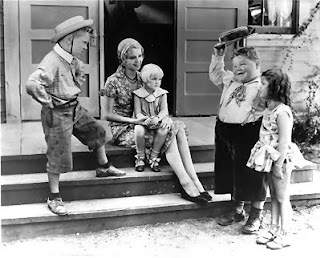 * at age of 3, appeared in short cinema comedies and graduated to bit parts in feature films such 'Sunny Side Up' and then got an audition for the Hal Roach 'Our Gang' comedy series and by early 1930, had done so well with the transition to sound films that he became one of the Gang's main characters.

* in 1931, was 'loaned' to Paramount to star in 'Skippy' and at the age of 9, was nominated for the Academy Award for 'Best Actor', the youngest ever and although Paramount paid Roach $25,000 for Jackie's services, he received only his standard Roach salary of $50 per week.
http://www.youtube.com/watch?v=ZL72M3LIR3I&feature=related

* was catapulted into stardom and Roach sold his contract to Metro-Goldwyn-Mayer in -1931, where he began a long on-screen relationship with actor Wallace Beery in such films as 'The Champ' in 1931 :
http://www.youtube.com/watch?v=Qd2W7vI9oLA&feature=related
'The Bowery' in 1933, The Choices of Andy Purcell in 1933, Treasure Island in 1934, and 'O'Shaughnessy's Boy' in 1935.

* said later that Beery was 'a big disappointment' and accused him of upstaging and other attempts to undermine his performances out of what he presumed was jealousy.

* next starred in two popular tv sitcoms, 'The People’s Choice' and 'Hennesey'.

* acted less and his work as director on episodes of M*A*S*H and 'The White Shadow' earned him Emmy awards.