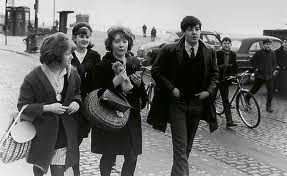 Michael Ward, who has died aged 82, was a news photographer for almost 40 years and once calculated that his archive of prints and negatives covered 5,500 assignments, mainly, though not exclusively for the 'Sunday Times'. Michael was self effacing and towards the end of his life, wrote that he knew 'as much or as little about the processes of photography as a decent amateur'.

The 'Guardian' reported that : 'He had an eye for the unexpected and authentic, and as a portrait photographer he brought out the best in people; whatever their terror of the camera, few of Ward's subjects could resist his good looks and reckless, self-mocking charm'.

Things you possibly didn't know about Michael, that he :

* Was born in South London, to a mother, who danced and sang in the chorus line of revues which starred Noël Coward and a father prominent on the West End stage, who had equal billing with John Gielgud and Rex Harrison.

* was sent at the age of 3 to a boarding school which, like those that followed, did little for his education and didn't live in a settled family environment until early middle age.

* won a piano scholarship and studied for three years at the Trinity College of Music in London, but decided he would never play well enough to make it his career.

* had his first published picture appear in 'Women's Own' magazine in 1958 which showed the racing driver, Stirling Moss's wife, watching the race in which her husband won the British Grand Prix and began to work regularly for the 'Evening Standard' show-business pages.

* based his book 'A Day in the Life' on photos he took during 24 hours on the day in February, 1963 when 'The Beatles' discovered they had achieved their first UK No.1 single.

* joined the 'Sunday Times' in 1965 and stayed with the paper until he retired 30 years later. 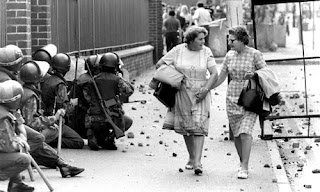 * broadened his range to include news stories such as 'The Troubles' in Northern Ireland, the Aberfan disaster in South Wales and the Turkish invasion of Cyprus, as well as continuing with his portraits of musicians, visual artists, writers and actors.

* had enthusiasms for elegant cars and powerful motorbikes and owned several Rolls-Royces and taught his editor, Harold Evans, the best way to balance and ride a BMW.

* married five times, the first as a 19-year-old to a Professor of Music. 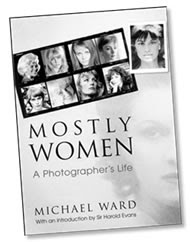 * In 2006, published a courageous memoir, 'Mostly Women', in which he disclosed that as a teenager he had had an affair with his mother.