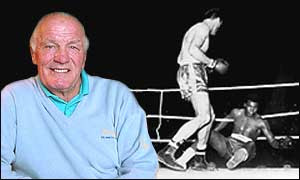 Henry Cooper has died just before his 77th birthday and Britain has lost a 'gentleman' and a boxer from a byegone age. Men like Henry are not made in Britain anymore.

Muhammad Ali, famously 'floored' by Henry in 1963 but went onto become a close friend said that :
he was “at a loss for words. I was not aware he was ill. I visited with him two summers ago during a brief visit to Windsor as part of the Equestrian Games being held there. He was in good humour and looked quite fit. Henry always had a smile for me; a warm and embracing smile.It was always a pleasure being in Henry’s company. I will miss my ole friend. He was a great fighter and a gentleman.”

World Heavyweight Champion, David Haye :
he was a “true warrior and great human being”.

he was a “wonderful guy, generous and funny and kind. I never met anybody who didn’t like Henry Cooper. He was the best kind of athlete, the best kind of boxer, he wasn’t boastful, he was genuinely modest and a gentleman.” 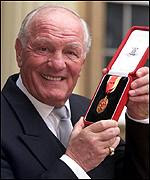 Henry was knighted in 2000, becoming 'Sir Henry', the first boxer to receive the honour.