Britain is still a country for old men on coach trips to the seaside, distant memories of their 'dandled daies' and the musings of Bill Bryson 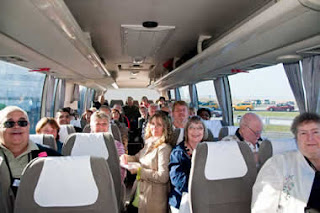 Old men in Britain are drawn to the seaside in summer and might well arrive there by motor coach.
Apparently almost half of British people have said they would never go on a coach trip, with many claiming that they are strictly the preserve of the older generation.
A survey carried out by 'HolidayExtras.com' has revealed that 49% of Brits would absolutely never go on a coach trip, with 36% saying they were for older people and just 14% of respondents claimed they love coach trips. 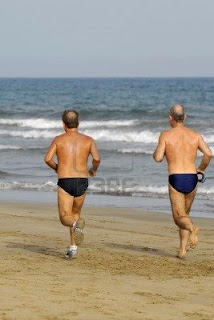 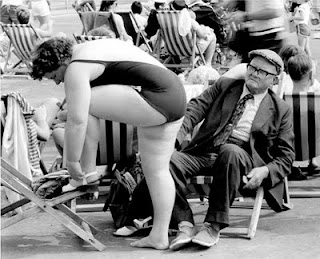 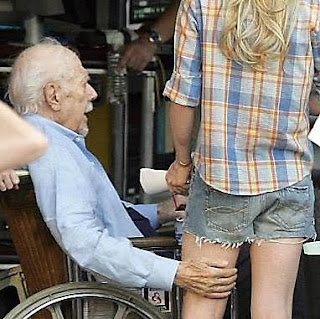 Maybe, like me, they are drawn to the sea by memories from their youth. Here I am in the photos below, 60 years ago at the coast at Swalecliffe in Kent, making a noise with pots and pans and floated in the sea by my Father and Brother. I was being 'dandled' in the water.

I first came across the verb 'to dandle' in a poem by Sir Walter Ralegh called 'Farewell to the Court'. It means : 'To dance a child in the arms or on the knee.' He wrote :

Like truthless dreames, so are my joies expired,
And past return, are all my dandled daies.' 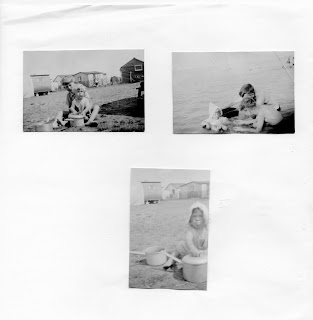 P.S.
Bill Bryson's observations of the British at the seaside :
http://www.youtube.com/watch?v=2BrqzRrMSCk

P.P.S.
My posting where I was drawn to the coast at Sheerness in April :
http://britainisnocountryforoldmen.blogspot.com/2011/04/britain-is-country-with-county-called.html

Labels: Old men in summer by the sea