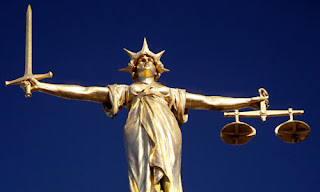 Three years ago crimes against old people in the U.K. were highlighted when :

* the Crown Prosecution Service said that under new guidelines, criminals who attack elderly people should get harsher sentences and those attacks would be treated the same as race hate and anti-gay crimes.

* it was feared that up to 500,000 elderly people could be the victims of crime and that only a few of these come to court because many victims do not report them through fear or embarrassment.

* the Director of Public Prosecutions, said : “If there is any evidence that there is an aggravating element to an offence based on a victim’s age, we will draw it to the attention of the court. Safety and security and the right to live free from the fear of crime, arising from mistreatment or abuse, are fundamental rights and go to the core of older people’s sense of well-being. Feeling and being unsafe, or 'at risk’, has a significant negative impact on older people’s health and sense of well-being and can leave them isolated and unable to participate socially and economically in their community.”

* the CPS said that it wanted to focus on several key crimes including abuse or neglect by family members in the home or by care workers and other crimes targeted include those where elderly people are picked on because they are vulnerable, such as muggings, doorstep theft or rogue traders, and crimes motivated by hostility or even hatred towards people because of their age and infirmity.

SHEFFIELD:
A support worker who stole more than £16,000 from a deaf pensioner in Sheffield was jailed for two and a half years in 2008 and also ordered to pay her victim £10,000 after admitting eight counts of theft. The victim sat in the well of the court in a wheelchair and heard, with the help of a listening device, the Judge describe the defendant as someone who was "truly base" and whose actions were "a dreadful betrayal of the trust deposed in you".

LINCOLNSHIRE:
A carer who stole more than £4,000 from an 88 year old man was jailed for six months in 2008. During the sentencing hearing the Judge said she wanted to stress how seriously the courts would deal with people who took advantage of elderly people in their care.

DERBYSHIRE:
A paramedic pleaded guilty to theft when he heard his elderly victim was prepared to give evidence via a live television link-up from his home allowing the 76-year-old victim to give evidence against the paramedic who stole cash at his house following a 999 call.