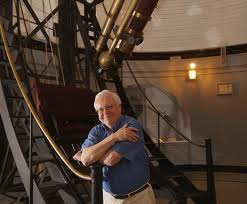 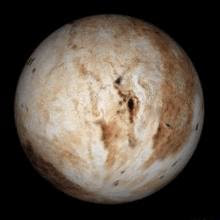 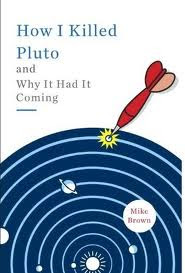 British astronomer, Brian, who died in August at the age of 73 is mostly remembered for winning his long campaign to demote Pluto from full planethood to minor planet status, this, however, was not the first time that his pursuit of truth among the stars had earned him, unusully for an astronomer, public notice.

* at the age of 5 in 1942, found his Mother sitting outside watching an eclipse and was most impressed by the fact that it had been 'predicted' in advance.

* at the age of 11, was developing basic methods for calculating the positions of the planets.

* at 16, joined the British Astronomical Association and, using the primitive method of seven-place logarithms, started calculating the gravitational effects of the planets on the dates and sky positions of the returns of some periodic comets.

* by the time he gained his degree in Mathematics in Oxford, had an international reputation for the computation of comet orbits.

* responded to an inquiry from the author Dorothy L Sayers, who, incensed by what she saw as grossly unfair literary criticism of the Roman writer Lucan, got Brian's help to support her view that Lucan's understanding of astronomy and geography was reasonably valid.

* earned his doctorate studying the motions of the Galilean satellites of Jupiter.

* in 1978, became 'Director of the Smithsonian's Minor Planet Centre' concerned with those minor planets which can come close to the earth.

* made, what was his proudest prediction of the return of the comet Swift-Tuttle, which remains the one with the longest orbital period of any whose return has been successfully predicted.

* caused a stir in 1998 by announcing that an object estimated to be 2km across, could smash into the earth sometime after 2028 and whose prediction, coming in advance of the Hollywood films 'Deep Impact' and 'Armageddon', was heavily covered by the media, with the New York Times calling him a 'cheery herald of fear'.

* went on to prove the asteroid would miss after previously unexamined photos from 1990 were unearthed and presented to him.

* was the first to suggest that three objects discovered in 1993, just beyond Neptune, were in orbits similar to that of Pluto which set him on the quest to 'demote' Pluto from planethood.

* needed to find similar 'transneptunian' objects comparable to Pluto in size and finally did so in 2005 with the discovery of the object which came to be known as 'Eris'.

* was at the International Astronomical Association meeting in 2006 which designated Pluto as a member of a new class of 'dwarf planet' and when he stood down as the Director of the Minor Planet Centre at the Smithsonian at the same meeting, was entertained by the thought that : both he and Pluto had been retired on the same day.