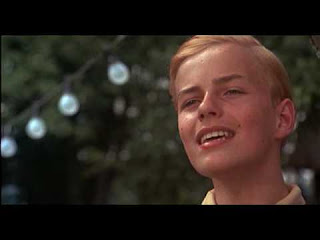 I've been thinking about my youth, so overshadowed by the Second World War and made more poignant this week by the 70th anniversary of the start of the 'Battle of Britain'.

I thought about 'how ?' and 'why ?' such a cultured country like Germany could spawn the ideology of Nazism which led to the Declaration of War on Britain and the bombing of British cities in 1940.

I couldn't put my finger on it until I saw it in this scene from the film 'Cabaret' in 1972 :
http://www.youtube.com/watch?v=ZMVql9RLP34

It still sends a shiver though me and I am reminded of it when I hear about small town America where men want to burn books.