Britain is a country where old men, with fond memories, said "Happy Birthday" to Judy Geeson this weekend and also remember Sidney Poitier 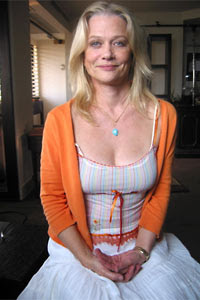 Judy Geeson was 62 this weekend. I recognised her name, but I couldn't place her and then it came back to me. She played the incredibly pretty pupil, Pamela Dare, in 1967, in the London school where Sydney Poitier was the new teacher. She had a 'crush' on him and the film was 'To Sir With Love'.
http://www.dailymotion.com/video/x5jwon_lulu-to-sir-with-love_shortfilms

P.S.
The 83 year old Sir Sydney Poitier has, since 1997, been the Bahamian Ambassador to Japan. In 2009, he was awarded the 'Presidential Medal of Freedom', America's highest civilian honor, by President Obama.

Back to Judy, here she is with Rod Steiger in 'Three Into Two Won't Go'in 1969 :
http://www.youtube.com/watch?v=KU9Oi-lJnvc